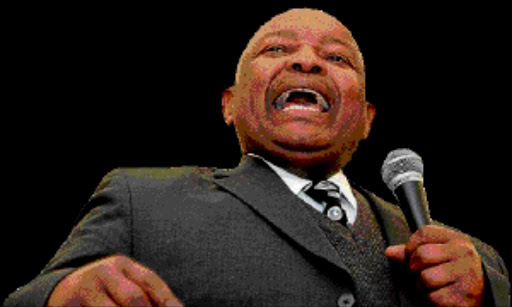 SIGNS that the Congress of the People (Cope) is imploding are showing following the suspension of four of its Gauteng leaders.

There is also confusion over the status of provincial caucus leader Ndzipho Kalipa. He was summarily suspended and later reinstated by Cope's central national committee.

Last week Cope suspended Trudie Prinsloo, an office manager in the Gauteng legislature. She is being accused of having worked as a "mole" for another party.

Prinsloo will face a disciplinary hearing on May 21 to answer charges of gross misconduct, insubordination as well as financial mismanagement and maladministration.

The charges were brought by the provincial caucus.

Prinsloo's sister - Cope MPL Hermene Koorts - was also suspended by the provincial executive for failing to submit a financial report to the province as well as bringing the party into disrepute.

Another prominent member - Lyndall Mafole-Shope - was suspended and barred from participating in party meetings for "divisive tendencies within the party" and "willful insubordination or disobedience to the province".

Party insiders say the suspensions are a power play between warring factions.

Cope seems to be once more embroiled in factional battles that played themselves out when co-founders Mosioua Lekota and Mbhazima Shilowa locked horns over the leadership of the party.

Cope provincial leader Willie Madisha yesterday told Sowetan that Kalipa was still suspended, something the latter denied. "It is true that he is suspended."

Party national spokesman Buks Mahlangu confirmed the suspension and reinstatement, at a CNC meeting believed to have been held on April 6. "It was not a suspension per se but a recommendation, and it was lifted after it was discovered that not all avenues were explored when the decision was made."

Mahlangu said the CWC had no powers to suspend Kalipa.

Word of Kalipa's suspension - believed to have been influenced by Lekota - comes as a surprise because the two were former allies.

It is understood that Kalipa and Lekota fell out after Kalipa questioned Lekota about R98000 in party funds that found its way into his account.

Cope treasurer Hilda Ndude was expelled after having been found to have co-signed documents - along with Lekota - authorising payments to Lekota's account.