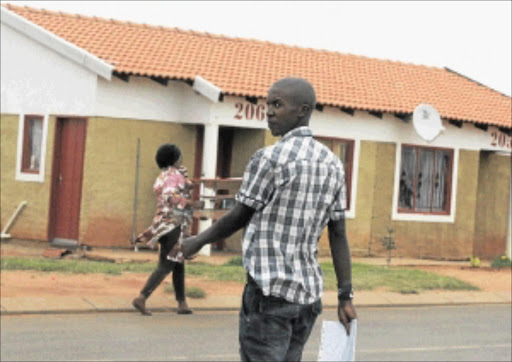 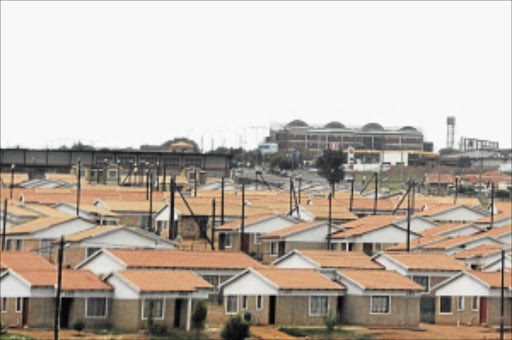 EMERGENCY eviction letters have been served on eight families who had been illegally occupying RDP houses in Chief Mogale on the West Rand.

From October 2010, housing allocation in the Chief Mogale Housing Project in Kagiso had been marred by allegations of corruption and fraud involving a criminal syndicate that includes unscrupulous housing officials who sell RDP houses to unsuspecting and desperate families for between R15,000 and R45,000.

The area has subsequently become flooded by illegal occupants at the expense of desperate beneficiaries, most of whom are living in shacks.

Sowetan has also learnt that some of the houses have been put up for rentals.

We can also confirm that at least 12 residents have acquired the services of a prominent attorney to represent them against eviction.

At least 725 houses were built in a phase one project and 500 of these were allocated to beneficiaries until August last year.

Most of the remaining 225 houses are believed to have been allocated to people or families who did not qualify.

The department of local government and housing has sent a final notice to Uvuko Civils - the company responsible for the project - after the company failed to adhere to the demands of the department to hand over the "unallocated" houses without occupants. They have since ignored notices.

The department's correspondence to Uvuko read in part: ". should the department undergo the route of evicting illegal occupants, all legal costs therein incurred shall be borne by the contractor.

"Given the disturbing fact that the department has had no response from Uvuko, the department hereby informs Uvuko that formal legal proceedings are being instituted to evict all illegal occupants and legal costs emanating from the evictions shall be borne by the contractor as advised on the latter correspondence dated 9 December 2011."

Uvuko, who had been declining comment all along, yesterday served the illegal occupant with eviction letters, which gave them until today to vacate the houses.

Mogale City spokesman Nkosana Zali has said: "Human settlement is a provincial competency and not the municipality, therefore we are unable to comment on the matter.

"Please direct all queries to local government and housing department, [which is] the provincial department concerned."

Sowetan spoke to three occupants of the eight houses allocated in a corrupt deal. They confirmed paying R40000 each before taking occupation of their new homes.

They have since been notified to vacate the properties by the department of local government and housing.

One family member originally from Soweto, who spoke on condition of anonymity, said they had paid R40,000 for the house and later spent R70,000 to renovate it.

"Are we going to be evicted? We might lose everything," the occupant said.