Taxi airline fails to take off 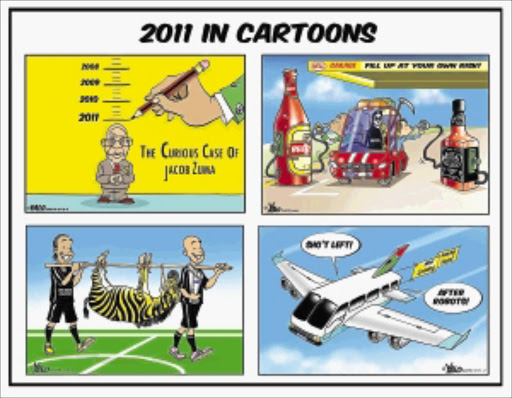 THE first taxi industry-controlled airline which was supposed to have reached for the skies last month - after a maiden flight - has failed to take off.

The South African National Taxi Council (Santaco) made headlines when it hosted high-profile politicians, who included President Jacob Zuma and Transport Minister Sbu Ndebele, at the launch of the airline in September.

The Santaco-controlled airline flew them, and other dignitaries, from Lanseria Airport in Johannesburg to Bhisho Airport in the Eastern Cape to formally announce its arrival.

Santaco president Jabulani Mthembu said at that launch that Santaco were to resume fully fledged operations - from Lanseria to Bisho and Cape Town Airports - in November, in time for the festive holidays.

Mthembu at the time described the airline as a taxi industry initiative to introduce low-income earners to flying. He said the only experience most taxi commuters had of planes and flying was when they witnessed them flying overhead.

Santaco general secretary Philip Taaibosch said yesterday a 100-seater Boeing 737 had not come into operation because Santaco had not been issued with an operating licence.

He also said the taxi body was still engaged in negotiations with a "big and reputable airline" it was in the process of buying.

"The negotiations to buy the company (which I cannot mention now) are at a very sensitive stage. We have applied for the licence and it could be issued between the middle of January and early February.

"For now we are completing negotiations with a big and reputable company to buy it.

"Once the deal is completed and the date announced for the issuing of a licence, we can then start selling tickets," Taaibosch said.

He said Santaco would decide on the ticket prices once the date for the issuing of the operating license had been announced.