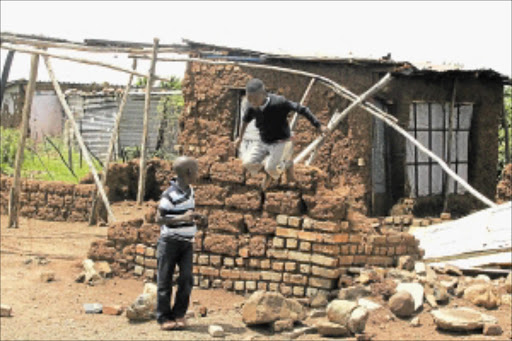 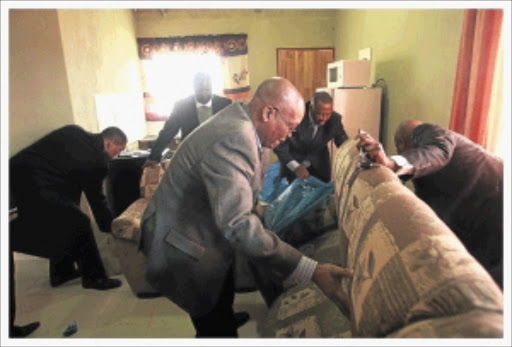 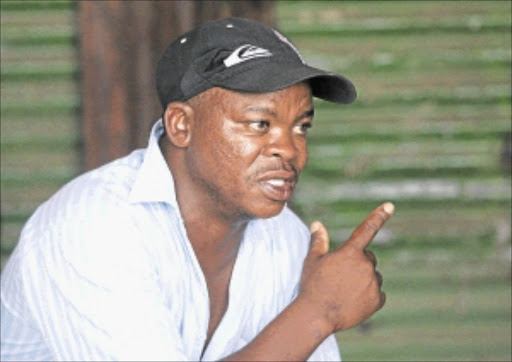 RESIDENTS of Sweetwater informal settlement are still waiting for development initiatives to take root in their area, almost two years after President Jacob Zuma made promises to this effect during a surprise visit.

The only visible change residents who spoke to Sowetan could point out was the numbers on their shacks.

Zuma visited the area in May last year and immediately expressed his shock at the extreme poverty he had witnessed there.

In July of the same year, he returned and handed over keys to a few residents who didn't have homes.

But, when Sowetan visited the area this week it seemed nothing other than the numbering of shacks had been supplied to other residents.

"President Zuma was accompanied by officials from the department of local government who took our identification numbers and details of how many people lived in each shack. That was the last time we heard from them," Siphiwe Gabuza said.

Gabuza and some 5000 families have been staying in the settlement since 1989, that has no electricity, sanitation and proper roads. Their settlement is situated in a ward which is made up of developed areas like Finetown, Thulamtwana, Didiyela and Majazane.

They and thirsty dogs jostle for water which they get from communal taps.

"I was born in the rural areas of KwaZulu Natal which are much better than this place," Gabuza said.

Children such as Nhlanhla Mlotswa, 9, and Tharule Ndlovu, 8, wait for their parents to leave the communal taps before they engage in an innocent game of splashing each other with water.

Their parents' expectations were raised when tractors contracted by the provincial department of housing came to flatten the veld near their shacks.

"They came last year in November and we were told that they were clearing the veld because houses would be built for us. They took a month to clear the area and in December they went on what we thought were holidays.

"We expected to see them again in January this year but until today they never came back," a dejected Vusimuzi Majola said.

"We are living a tough life. You can survive a shack life but it is unbearable without electricity and water inside our yards. We're still waiting," Majola said.

Lack of basic services coupled with high levels of unemployment have resulted in some residents taking refuge at a local church. Several protests were held by members of the community and each time they hand their lists of demands they are told that development will come. Chairman of the community committee and a local ANC member, Bheki Madi, told Sowetan that he could not afford to allow the community to lose hope.

"We know that our government is faced with challenges not only in our area but throughout the country. We regularly hold meetings with our ward councillor, and she keeps us informed about plans for the area."

Madi said government aborted the decision to build houses in the area because of the sewerage system.

"Houses will be built in Extension 6 and people would be moved. The only challenge is that residents of Ext 6 are unhappy with the plan that we will be moved to that area," he said.

The mobile clinic which used to do its rounds in the area has been stopped without any official explanation.

Andy Radebe, who owns a football club called Galile FC, which is an affiliate of the neighbouring football association in Ernnedale, longs for a football field.

"We do not have a field where we can play our home games. Our home games are played away. We have made numerous requests to get a proper field but nothing has happened," he said. Presidential spokesperson Zanele Mgadi referred Sowetan to the office of Minister Collins Chabane, who was not available to comment.

A request for comment was forwarded to Gauteng department of local government and housing, on Wednesday, but there was still no response yesterday.