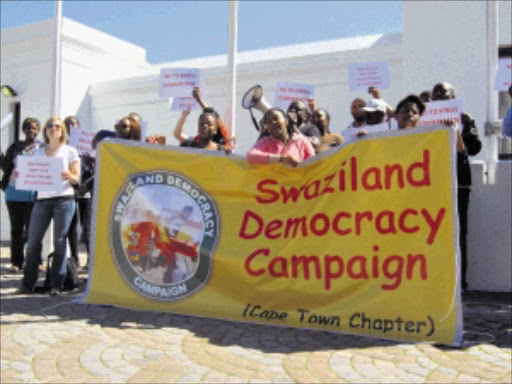 THE Congress of SA Trade Unions has sent a delegation to Swaziland to take part in a week of pro-democracy protests.

They were doing so under the leadership of Cosatu deputy president Zingiswa Losi.

"It is about taking solidarity to another level and ... boosting the confidence of the fighting masses."

Masuku said Cosatu had done the same in Zimbabwe and Lesotho.

Cosatu affiliate Numsa congratulated Swazi workers for their protest against the "unwanted regime" and condemned the arrest, torture and murder of activists.