Taxi rank abuse made her stronger 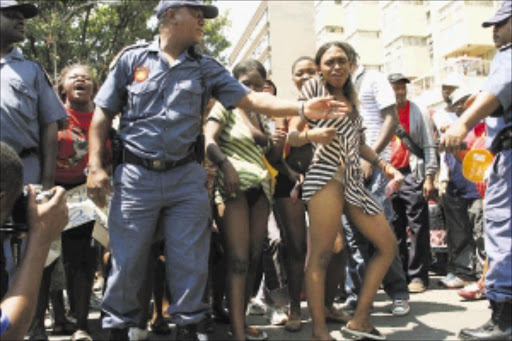 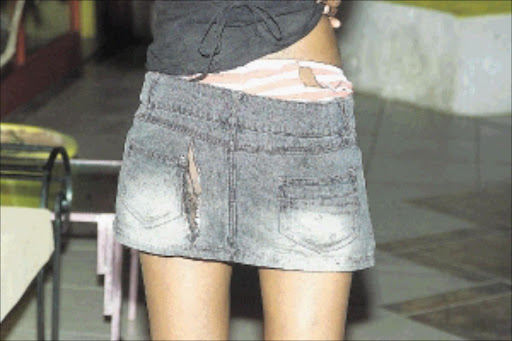 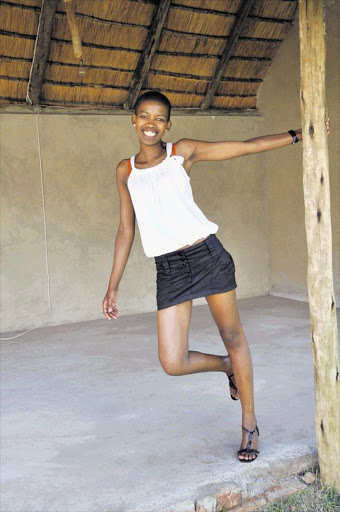 THREE years after taxi drivers and queue marshals at the Noord Street taxi rank in Johannesburg humiliated her in public, Nwabisa Ngcukana says she still has flashbacks of the harrowing experience

Ngcukana, 28, was stripped and sexually molested in February 2008 for wearing a miniskirt.

"I was going from home in Jabavu (Soweto) to Wynberg (Alexandra) on a job-related matter.

"I was feeling good and happy when those animals spoilt my day. They just attacked me like a pack of dogs. My sin was just being myself ... I looked beautiful in my miniskirt."

She told Sowetan yesterday that she felt let down by the police and Human Rights Commission.

"I was recently approached to participate in the SlutWalk to raise awareness about women abuse. Women can dress the way they like, and I am fully supportive of the initiative."

The SlutWalk will take place in Johannesburg on September 24 to raise awarenesson sexual abuse.

Despite her experience, Ngcukana still loves her miniskirts and says taxi drivers have not forgotten her.

"When they see me in my miniskirts they say, 'leave her alone, she is a tough one'. I do not fight with them, but I don't like people mistreating me.

"I like showing my legs. Jeans and leggings are hot. But you cannot just wear a miniskirt because everyone is wearing it. Ask friends and family if it suits your body. You have to have a firm body and feel comfortable in it.

"It has been more than two years since I last used that taxi rank, but it feels like yesterday. I do not mind using taxis from Soweto but every time I'm on a taxi in town I feel angry and impatient. I'm still not comfortable with those taxis," said Ngcukana.

"After the incident, the department of social services promised to counsel me and said they would come to my home ... but to this day they have not.

"A lot of people said they were going to find the culprits, but after the media attention faded all efforts stopped," Ngcukana said.

"Police said they couldn't find them ... and that they had no case without the suspects being arrested. The HRC said there is no civil case without a criminal case, while Metro police's Edna Mamonyane, Wayne Minnaar and Chris Ngcobo said they would not sleep until they found the culprits," she said.

When approached for comment, Mamonyane referred Sowetan to the SAPS.

Ngcukana said: "The justice system failed me. I was sent to people who could not help me."

Ngcukana is an unemployed mother of two boys whose father died in December last year.

Just after the assault, she was approached for a movie role in Kabelo's Fortune, but producers were not able to raise the funds needed.

Ngcukana says her family is the cornerstone that has kept her strong after the ordeal.

"It is believed that the culprits later ran away to KwaZulu-Natal."

HRC spokesperson Vincent Moaga could not be reached for comment at the time of going to press.