15 councils are the pits 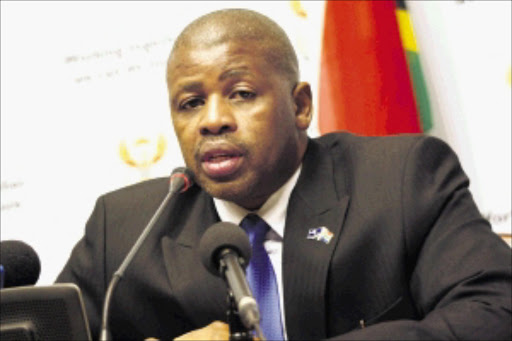 FIFTEEN Eastern Cape municipalities have obtained the worst audit reports for their finances for 2009-10, while only five maintained clean bills of health of their finances

Announcing the audit reports this week, Auditor-General Terence Nombembe said the number of worst audit outcomes "was reason for concern and indicative of leadership not taking ownership and responsibility for sound financial and performance management".

"Most municipalities with disclaimers had findings on almost all aspects of financial statements, while those with qualified audit opinions predominantly had findings on capital assets," he said.

According to Nombembe only six of the province's municipalities managed to register improvement from disclaimer or adverse to a qualified audit opinion.

But, some of the municipalities performed so poorly that they regressed from their audit outcomes.

He also all the municipalities had material changes to their financial statements at the time of the audit, a move pointing to a weakness in financial controls and lack of adequate skills.

The auditor-general expressed concern at the high level of noncompliance with relevant laws and regulations resulting in unauthorised, irregular, wasteful at fruitless expenditure in 32 councils.

Meanwhile, residents and the ratepayer associations at some of the poor performing municipalities expressed outrage at audit outcomes registered by their councils.

Kei Mouth Ratepayers and Residents Association chairperson, Cavall Freitag said it was not surprising that Great Kei had received such bad news.

"Things have failed here since many years ago. For instance, every year we've been getting qualified audits and we didn't expect any better news this time around," said Freitag.

Clive Whitford of Makana's Grahamstown Residents' Association said: "It's maladministration across the board.

Makana has also received a lot of flack from Grahamstown residents for the ongoing water debacle, which has seen outages in parts of the town.

In the rural Ntabankulu municipality, motorists not only avoid potholes, but also stray animals that roam around.

The town is characterised by uncollected refuse.

Resident Nokhwezi Nxulu said the town left much to be desired.

"There is nothing good about this town. It is so dirty," she said, adding that street lights did not work most of the time.

Newly appointed mayor Zuko Lwana admitted that the municipality had experienced financial problems in the past years.

"As a result, in the 2008-09 audit report, the municipality received a disclaimer."

He said there were plans in place to deal with the matter.

"There is an internal auditor appointed to shape up the management of our finances," he said. - sinom@dispatch.co.za, bonganif@dispatch.co.za