Government to review its code of ethics 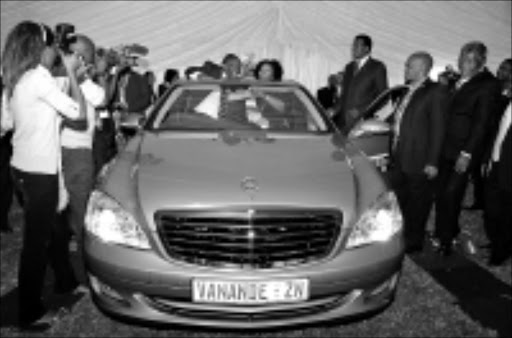 The government is to review its code of ethics relating to the acceptance of gifts by politicians.

This comes after the controversy around a decision by Transport Minister Sbu Ndebele to accept a S500 Mercedes Benz worth R1,1million from a group contractors who have multi-million contracts with his department.

Vukuzakhe contractors gave Ndebele the gift for assisting them during his tenure as KwaZulu-Natal MEC for transport.

Ndebele has since returned the gift despite advice from the ANC and President Jacob Zuma that he could keep it once he has declared it.

Yesterday cabinet spokesperson Themba Maseko said the government would review its code of ethics to give politicians proper guidance on how to avoid similar situations in future that could "create wrong perceptions".

He also said the cabinet had welcomed Ndebele's decision to return the gift.

"The cabinet welcomed the fact that Ndebele had not only returned it but also said it must be sold and the proceeds used to train contractors," Maseko said.

A philosophy expert from the University of South Africa Dr Alli Mashuq, on Monday criticised the government's rule that politicians had only to declare the gifts before keeping them.

He said the rules should be strengthened to ensure that public officials avoided abuse of office.

Maseko also said that during his first cabinet meeting in Cape Town yesterday Zuma warned the ministers that whatever they said or did in public they were now representing the state.

Maseko said the new cabinet was keen to get to work as soon as possible and would hold a three-day lekgotla next week to come up with a medium-term strategic framework, which would "guide the overall work of government".

He said it was possible that former finance minister Trevor Manuel could be named custodian of the framework since the functions and roles of the National Planning Commission, which Manuel heads, are "still under discussion".

He said the changes to cabinet made by the new administration meant that there would be a "major review of laws, because most laws allocate responsibilities to specific departments - some of which have been restructured or no longer exist," said Maseko.

He said Ndebele had been tasked to set up meetings with taxi associations to iron out the rocky relationship they have had with government in the past.

"It is our view that the bus rapid transit system in the long run is going to benefit citizens and it is possible for a solution to be found sooner rather than later," Maseko said. See Page 15