black auctioneers at low end of the bargain 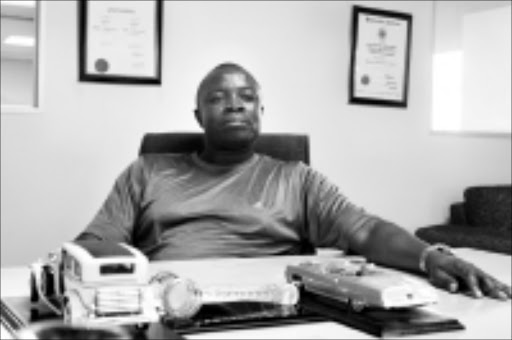 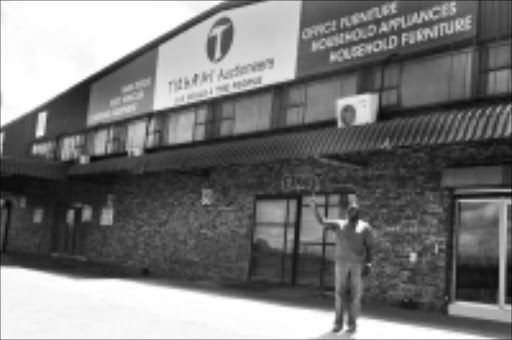 It is hard to listen to Tirhani Mabunda and not be left gaping in awe at the story of his life, albeit only the business side thereof.

A play with the figures says the auction industry moves no less than R30 billion worth of assets per annum. Of this, auctioneers leave with R2 billion in fees.

But the cut taken by black auction houses is a paltry R20 million!

His company, Tirhani Auctioneers, the biggest black-owned entity in the country, snaps 60% of this money. You'd think he'd be happy with this but the managing director of Tirhani says the industry has been unkind to black participants.

He has no kind words for the controlling national mother body, whom he is of the obstinate view wants to keep blacks out in their greed to make a killing.

In Mabunda's words, they have done everything in terms of skills acquisition to be major role players in the industry, to no avail.

He turns the proverb on its head to make the point: "We've gone out and even bought our own fishing rods but we battle to find fishing ponds."

Before he started out in 2001, he'd done business in partnership with Aucor, a known name in the industry. One year later he went out on his own to found Tirhani Auctioneers, which has now moved warehouses from Kya Sands to a more capacious one in Devland, on the hip of Soweto.

But the move from north to south has still not convinced the banks, who call the shots in the industry, that Tirhani is, in a phrase, the real McCoy.

In Kya Sands he had room for 1 000 motor vehicles in the undercover parking and outside capacity for 4 000 more. Devland is bigger but still the banks say no dice.

This is the same renowned auctioneer, in his words one of the finest in the land, who holds two designations from the US-based National Auctioneers Association, the biggest association of practitioners in the world.

Word from the association is that "less than 1% of Auctioneers throughout North America hold the AARE designation".

The Accredited Auctioneer and Real Estate means the self-confessed industry grandiloquent can not only move cars faster than anybody else on the auction floor but houses too.

In November when the bank entrusted him with 10 properties to dispose of, they were all gone by December.

Mabunda is studying further with the University of Indiana for an industry-related certificate.

But despite this commendable body of work, the financial institutions are still reluctant to cut him a slice of the lucrative repossessions market. "This is a regular and consistent area that can sustain your business," Mabunda gripes, "but we get not a single unit from the banks."

The current economic hardships have ensured that owners lose no less than 6 000 cars a month back to the financing institutions. Mabunda thinks that with the playing fields levelled, he could be getting about 50 vehicles each from the leading repossessing banks "so I could at least have an auction every week".

This business goes to "the other auction houses, not us".

In the meantime, he has to be contend with once-in-a-while business from power utility Eskom, the government and various Gauteng municipalities "and even then this is when they de-fleet".

A trickling of others willing to throw work Tirhani's way are the insurance companies hoping to get rid of recovered home appliances, says Mabunda.

But as the wheels of transforming the industry turn slowly, if they are moving at all, Mabunda is involved with the services Seta to train black auctioneers. "This is not a job," he says of the industry, "it is a passion."

Such is the passion that the only ornaments on his desk are miniature models of the 1973 Cadillac Eldorado and a vintage 1931 version dubbed Peerless. Between the two sits a glass auctioneer's gavel.

All this is indeed just rewards for a hardworking man whose XiTsonga name means work.

With a given name like that, you want to believe him when he says he'll work his fingers to the bone to change the mindset in the auction world.

Now 46, Mabunda is a self-made man whose story began in Giyani, Limpopo, where he was raised in the Presbyterian Church.

He was the first, as in so many ventures, to own a Nando's franchise in his hometown, followed by another in Thohoyandou a year later.

With a petrol station back home, he's now spread his tentacles to other areas as well, like construction and research.

A humble man who seems like he has very little time for anything else other than the destiny implied by his name, he hasn't even worked on his golf.

A business partner they bought golf clubs with a few years ago already plays off an impressive 4th handicap while Mabunda ... works.