What sex positions say about you 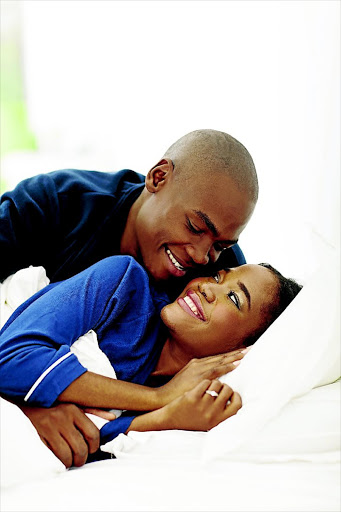 SUPPORTIVE: Experts say it is normal for some women to lose interest in sex after giving birth photos: istock

When it comes to sex, men and women have always had theories about how to size each other up.

Some people claim that certain attributes like a man's hands can tell them if he is well endowed or not, while some claim that a woman's choice of drink at a bar can tell you if she is conservative in bed or a total wild cat!

While some of these theories are completely unfounded, have you ever wondered what your favourite sex position reveals about your personality or the nature of the person you are dating?

We asked top sexologist Dr Elna McIntosh and relationship counsellor Lethabo Ntsasa to narrow down popular sex positions and the kind of personalities they are indicative of.

This is probably the most common sex position out there. It basically involves the man being on top of the woman.

Dr McIntosh says this is the perfect position for men who like to show off their skill.

"This position is for the 'gym guys' that like to show off upper body strength. It gives the man total control, and that can translate to being selfish," she says.

"She is very timid, and very submissive to her man. She is probably a bit shy, or even conservative. She enjoys the feeling of closeness that comes with this position," says Ntsasa.

"He is not afraid of intimacy, and probably cares about the person he's making love to. Remember, this position involves a lot of eye contact, and the leeway to kiss and nibble as much as possible, which can be a sign of intimacy," he says.

This is the position that involves penetration from the rear end, with the other partner facing the other way, usually on their knees.

Dr McIntosh says that it is usually more pleasurable to the male in the situation.

"The doggy-style position offers deep penetration, but there is not much direct clitoral stimulation, which can suit the selfish man that likes to perform to a mirror and watch himself, while chances of his partner having an orgasm in this position is virtually zero."

What is says about the woman:

"She's a pleaser. She is definitely not afraid to relinquish control and let her man have his way with her. This can signify a woman who puts others before her own needs," Ntsasa says.

"He has a fear of intimacy. This is the kind of guy who prefers a lack of eye contact, so that he can drift off into his own world and have his fantasies."

This is a position that is the opposite of the missionary position, as it involves the woman being on top.

Dr McIntosh says this is a favourite for lazy men.

"This position is definitely for the 'I don't like to do any work man' - she is bound to orgasm due to direct clitoral stimulation. It is a position for guys with the more chilled and laid-back personality."

"It can definitely reveal a bit of a perfectionist or control-freak personality, but it can also reveal an independent attitude, and a woman who has no self-deprecation issues," Ntsasa says.

"This man has no problem being submissive to his partner. This position can definitely reveal a non-chauvinistic personality, and a deep respect for the woman," he says.

This is the sex position where both partners are on their feet, but can balance with a wall or the shower to avoid tumbling down. The man can also do the heavy lifting and literally carry the woman up throughout the routine.

"She is willing to go the extra mile. She is also spontaneous, and likes to think out of the box."

What is says about the man:

"He is an adventure seeker. He gets easily bored with monotony, and likes to try new things," Ntsasa says.