Why it's not a good idea to drink at the beach 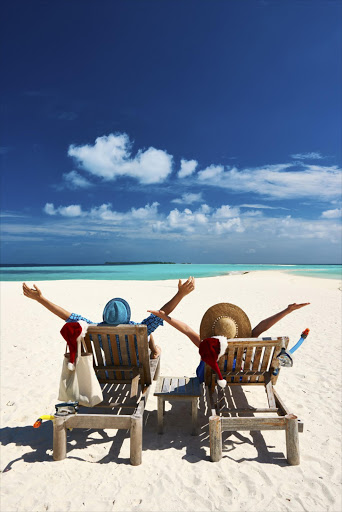 Couple relax on a beach at christmas - Stock image

Take note: If you’re a male‚ and you plan on drinking alcohol near a body of water these holidays‚ you could end up as a statistic in a morgue if you don’t take care of yourself.

A report just published in the South African Medical Journal shows that males in drowning or near-drowning episodes in our country are 11 times more likely than females to have a positive blood alcohol level.

While the male to female ratio is high across all age categories‚ lead researcher Colleen Saunders from the University of Cape Town and her team say the high ratio of male to female drowning is “particularly pronounced in adulthood” and may be explained by “increased risk-taking behaviour in males‚ particularly in teenagers and during early adulthood”.

The data suggests that in around 40% of drowning victims‚ males in particular‚ will test positive for blood alcohol at the time of death.

We are also now entering the time of year when drownings see a spike. The researchers say that “drowning occurs disproportionately in the summer months of December‚ January and February”. Drowning‚ however‚ is not the only problem with drinking on beaches and other public areas.

Says Cape Town mayoral committee member for safety and security JP Smith: “We have already confiscated 3‚700 litres of alcohol since December 1. Some people are just not getting the message: there is a clear correlation between drowning or near-drowning‚ and the presence of alcohol on our beaches. But there are other preventable injuries too that we see because of alcohol.”

He said people under the influence of alcohol were injuring themselves on low walls and rocks‚ and that one of the most common tragedies was drunk people jumping off sea walls into low tidal pools without realising how shallow the water was.

“They think it is deep - and they jump. Many get very badly injured‚ even break their necks‚” he said‚ adding that other issues were “aggressive and anti-social behaviour at the beach thanks to alcohol”‚ and people walking home drunk from the beach and getting knocked down. Around a quarter of a million people are expected on Cape Town beaches on Boxing Day and New Year’s Day.

FACT BOX: WHY ALCOHOL IS A RISK FOR DROWNING - Alcohol gives you a false sense of security when swimming - With your sense impaired‚ you take higher risks - Because alcohol reduces how quickly your brain can process information‚ you can become disoriented and confused in the water - Your sense of distance and direction can be impaired - Alcohol causes your body temperature to drop which could cause hypothermia if you are stranded out in the water - Your windpipe reflexes are impaired through alcohol‚ meaning you can’t get air when you need it (for example‚ as you come up from being underwater for a long period)