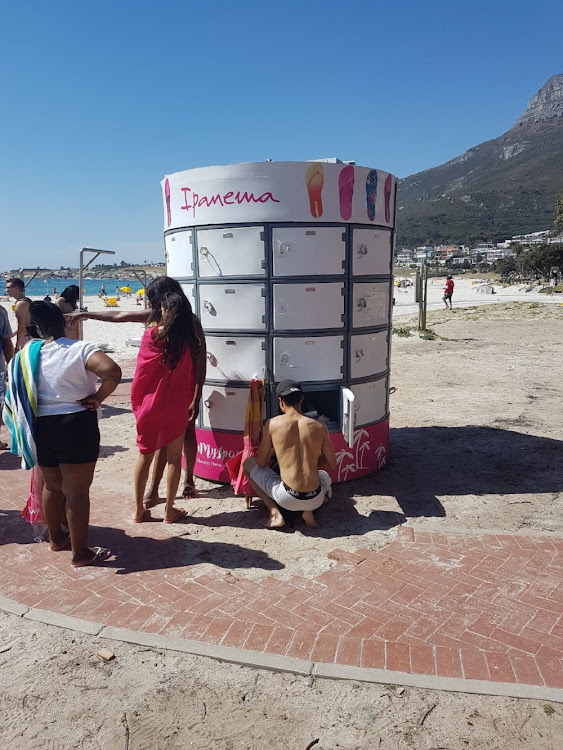 If you’re brave enough to swim in the icy ocean off Camps Bay beach but worry about having your belongings stolen‚ a solution is at hand.

A cylindrical set of freestanding lockers which will be piloted on the beachfront until the end of February will allow beachgoers to lock up their valuables for R10.

Each locker also has a USB port suitable for charging cellphones and laptops‚ powered by solar panels on top of the unit.

Examples of the lockers have also been installed in a nightclub and on a beach in Plettenberg Bay‚ on the Garden Route.

A Richards Bay man who survived a bizarre sexual attack after being knocked out by a blowpipe dart has vowed never to walk on the beach again. The ...
News
4 years ago

City of Cape Town mayoral committee member for safety and security JP Smith said on Saturday: “We have problems with thieves stealing stuff from the beach‚ especially when beach goers go to swim. Yesterday the first lockers were installed as a ‘proof of concept’ pilot at Camps Bay beach.

“The lockers are weatherproof and cost R10 [new coins] per use [which could be for the whole day]. The key to the unit conceals in a waterproof armband. The design and manufacture are fully South African.” 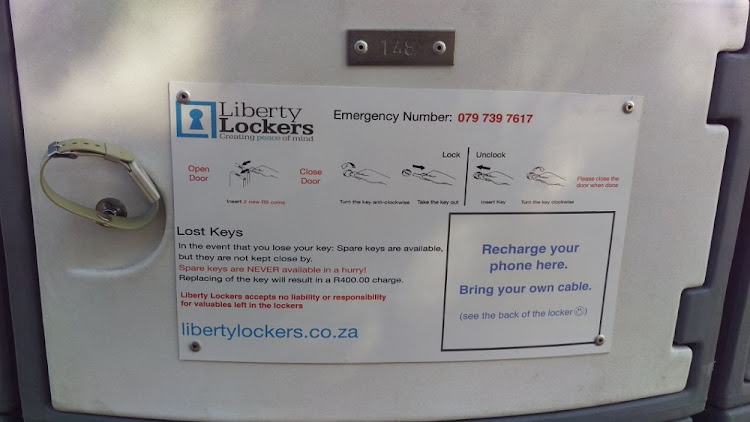 A cylindrical set of freestanding lockers
Image: CITY OF CAPE TOWN
Next Article