R650 000 for a bottle of whisky? Pricey bottles go on sale ahead of Christmas 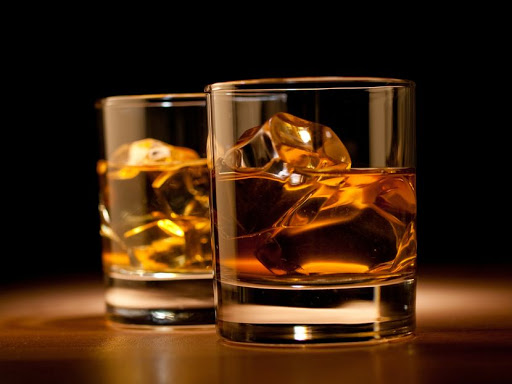 Fancy paying the price of a small house for a bottle of whisky?

This year’s Makro Christmas brochure got tongues wagging with its R650 000 price tag for a bottle of Glenlivet 50-year-old Speyside single malt.

But‚ if you don’t feel like paying the price of two family sedans for a bottle of whisky‚ you can make your way down to the Cape Grace hotel at the V& A Waterfront in Cape Town.

A single tot of Glenfiddich 50-year-old costs R18 000 at the hotel’s Bascule Whisky‚ Wine and Cocktail Bar. The whole bottle will set you back R600 000 at Makro.

Bascule bar manager Victor Kirkbridge explains the attraction of such an expensive drink and what type of clientele usually go for the pricey stuff.

“It varies. Sometimes it’s travellers who are familiar with the products and their rarity‚ or locals who decide to go for the unique opportunity of tasting rare whisky‚ which is only available at a handful of venues around the world.”

Kirkbridge said quite recently a group of gentlemen visited the bar for a few evenings and succeeded in polishing off some very rare whiskys from distilleries that are no longer producing the beverage.

“We have also had people buy expensive vintages‚ which are sometimes the year of their birth‚ such as recently the 1953 54-year-old Glenfarclas‚ which costs R12 500 per tot‚” he said.

“The type of clientele who go for the rare and expensive whisky normally are on the lookout for whisky from a certain distillery. The thing to remember is‚ for many of these whiskies‚ there will only ever be less of it … never more.”

Makro liquor director Jonathan Koff said the retailer had sold a number of pricey bottles‚ but none of the six-figure stuff this year so far.

The two whiskies are now on promotion for R50 000‚ and come in a collectible gift box and bottle.

“The whiskies are bought at stores across the country‚ Bloemfontein‚ Vaal and Port Elizabeth‚ and demand increases in peak season‚ October to December‚ each year. We do‚ however‚ get requests throughout the year. Some customers ask for special bottles for their birthdays‚ for example‚” Koff said.

Some buy to consume‚ others to build a collection.

Neil Paterson‚ co-owner of Whisky Brother in Hyde Park‚ said whisky could certainly be seen as an investment‚ but buying a premier bottle like the Glenlivet might not be the best option.

“You are far better off buying a limited release‚ something single cask‚ for around R3 000 and selling it again two or three years later for R15 000.”

Here is a list of the five most expensive whiskies in the world:

Data: Times of India and Makro