How best to handle family secrets 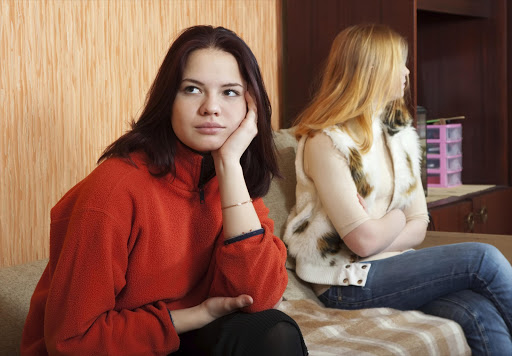 It is a fact that every family has skeletons in their closets.

If television shows such asUtatakho, Please Step In and Nyan' Nyan have taught us anything, it is mostly that many of these skeletons can be life altering to everyone involved in the event that the closet door bursts open.

A lot of people have found themselves in the middle of a family scandal, and were devastated when the truth was revealed.

While there can never really be a way to prevent family secrets, could there be a way to create a soft landing for those that the secrets will affect?

We spoke to social worker Khumoetsile Tsimane who says secrets usually hurt more if they are stumbled upon than when disclosed voluntarily.

"Why people take years to get over the impact of family secrets is the way in which they found the secret out," she says.

"It is just like a cheating lover. While the pain of betrayal can never be minimised, it does soften the blow if the cheater voluntarily confessed to the infidelity, as opposed to being outed.

"How they are handled can either tear the family apart, or bring the family together."

Tsimane outlines the secret scenarios that could be devastating to families.

WHO IS MY DADDY?

The TV show Utatakho taught us that some people are not always honest about the father of their children.

In one episode, a young man found out that the next door neighbour that he grew up admiring was actually his father.

Tsimane says this scenario is often a result of infidelity.

"The main reason for this scenario is often shame. The mother and next door neighbour may having had an affair, and the mother wanted to protect her marriage by keeping mum about it. Or perhaps the two families were long-term rivals who would never have agreed to their union. Honestly, the possibilities are endless.

"But the most important thing to do is to disclose the truth to all the parties involved," says Tsimane.

"Firstly, the appropriate age to disclose to a child the identity of their real father would be 16 years. At this age, they can effectively process this information as they may feel deceived if they find out at a later stage, especially if they have developed a relationship with the biological father.

"When it comes to the biological father, it's imperative to tell them immediately after falling pregnant. If there's a spouse involved, it's important to disclose the truth as soon as possible.

"Most women fear losing their partners or bringing shame to the family name, but infidelity is a dangerous bed to lay on," she says.

IS MY SISTER ACTUALLY MY MOTHER?

"This scenario usually happens when one has a child while too young, and their parents take on the responsibility of raising the child.

"The truth has the potential to not only devastate the child, but rupture any trust they have in everyone involved, including their social interactions. It can be a very confusing thing to put someone through," warned Tsimane.

"In this scenario, it's important not to plant the seed by allowing the child to call their grandmother 'mom' from a young age.

"Even though the biological mother may still be young, have the child know who their mom is from an early age so they grow up knowing the truth.

"When the time comes, you and your child can deal with the relationship dynamics of having grown up in the same house almost as siblings, but they need to know from a young age that you are their mom," she says.

More and more families are opting for adoption in cases where they are unable to conceive.

This is to be commended, as many children need a home. The tricky part comes when a family member lets it slip to the child that they were adopted.

Tsimane says: "This is the worst possible scenario as the child will feel like everyone around them was hiding the truth from them.

"When it comes to adoption, it is best to disclose to the child at a young age that they were adopted. Let the child know that you are their parent, and that you just didn't give birth to them.

"The ideal age would be when they are about 10 years old," advises Tsimane, who adds that families can involve a psychologist to help cushion the blow.