Dangers of ruling your kids with iron fist 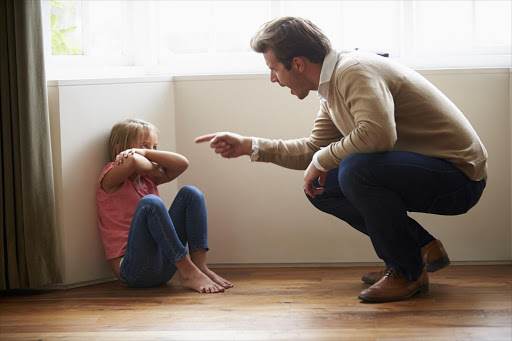 TYRANT: A psychologist says instilling fear in your children is a form of emotional abuse Photo: istock

Is your child scared of you?

Many parents would proudly answer that question with a yes. What could be better than kids who are terrified of the consequences of getting out of line?

Imagine how easier a parent's life would be if with one bark, chores are done, bath time is a joy and bed time is not a struggle. But there is more harm than good from being a dictator of a parent and ruling your little ones with an iron fist.

Psychologist Thelma Rueleargues that having your kids terrified of you as a parent is more damaging to their psyche, and that you may end up raising angry dictators or emotionally detached children.

"Most parents have the misconception that instilling fear in their children is the best way to parent. I happen to completely disagree with this theory. You want your kids to respect you, not fear you, and there is a huge difference between the two," she says.

Ruele says when your kids are scared of you, not only is it a form of emotional abuse, but it could also tell you a lot about what emotional turmoil you may have as a parent.

"Most parents who rule with an iron fist actually have a deep need for control, and they use their kids, who are at a disadvantage because of a lack of physical and emotional strength, to feed their need for control.

"Most parents who have outbursts could also be harbouring feelings and consequences of being ruled with an iron fist themselves as children, and are simply passing on the trend. It's a vicious cycle."

Ruele says this is why your children being scared of you could backfire:

"Imagine a teacher that was vicious in school. They instilled fear in all of you, and when you saw them coming, everyone would run to their seat and remain still. Did you like them much? Probably not.

"This is the same way that your kids will feel about you. They may be scared of you, but you are not the most likable person to them."

"Your kids will find it difficult to bond with you in times when they are genuinely happy. I had a case study once of a child who won a trophy in school for most outstanding student in their grade.

"Not only did they not tell their parent about the award, but the award ceremony ran a bit later than the regular school hours, and the child quietly accepted a stern reprimand and hiding from their mom when they got home without telling them the events of the day. You do not want to be this mom."

THE TABLES WILL EVENTUALLY TURN

"Face it, the bullying antics can only last so long, and your kids will eventually grow up and not be physically scared of you anymore.

"If you rule with an iron fist and not teach your kids to respect you in their teens, the threat of a hiding or the stern bark will fall on deaf ears."

"Your kids are likely to grow up to be emotionally vacant adults. After being subjected to being ruled with an iron fist for years, they will learn to block off any emotions to protect themselves, which will see this impacting their adult interpersonal relationships.