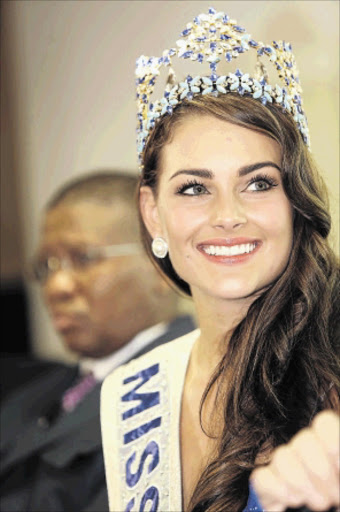 REIGNING Miss World Rolene Strauss and former title holder Anneline Kriel will be home to witness the crowning of the new Miss SA at Sun City on March 29.

Strauss is based in London for the duration of her reign and has been visiting countries in Asia and the US in recent weeks. She put her medical studies on hold for two years to fulfil her Miss SA and now Miss World duties respectively.

Ziphozakhe Zokufa, who took over from Strauss, will crown the winner out of the 12 hopefuls.

Kriel, who was married to famous local hotel magnate Sol Kerzner, became Miss World in 1974 aged 19, after Helen Morgan from the UK resigned only four days after her victory. Kriel became the second South African to hold the global title after Penny Coelen who won in the 1950s.

In a historical first, the Miss South Africa hopefuls have been paired with previous winners in a mentorship programme.

The Miss SA pageant will be presented and produced by rapper and businessman Tebogo "Proverb" Thekisho.