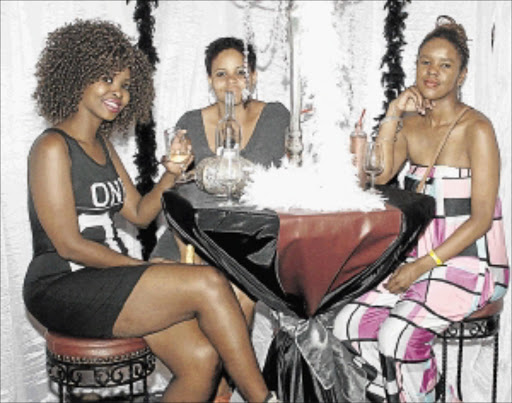 MUSING about wine, Brazilian novelist Paulo Coelho once said: "Accept what life offers you and try to drink from every cup. All wines should be tasted; some should only be sipped, but with others, drink the whole bottle."

Uncannily, the scores of wine lovers who visited the two-day Sebokeng Premier Wine Festival in the Vaal at the weekend followed Coelho's cue: they tasted, sipped wines from the Cape's 14 wineries, and also took along some to enjoy at home.

The selection of wines available catered for all palates - from sweet, off-dry to bone-dry offerings like Sauvignon Blancs to Roses.

Organised by businesswoman and socialite Lopang Manyama and Mthembeni Mlangeni, the festival seemed to have laid the foundation of future growth, judging by how the locals warmed to the show.

The festival was sponsored by the Emfuleni municipality, represented by the arts and culture executive councillor Khulu Malindi and colleague Mabandla Ronyuza.

A sprinkling of celebrities added colour to the event. They included Nomsa Manaka, Khehla Mthembu, Joe Chakela and Chief Mthandeni Bengane. Though not the size of the grander festivals such as Winex and Soweto Wine Festival, the Sebokeng Premier Wine Festival claimed its place as one of the wine events with a repertoire punctuated by camaraderie and glamour.

Meanwhile, the idea of getting tipsy over a cup of Rooibos would seem as far-fetched as the notion of a Chinese shebeen. Yet, this idea has become a reality, thanks to a Stellenbosch-based company, Red Dawn, which has hit on the idea of using Rooibos and Honeybush fynbos to make cider, wine and beer.

Red Dawn's Trevor Strydom says the innovation is poised to revolutionalise the beverages industry, given that these indigenous plants "not only impart unique and highly distinctive flavours to a wide range of beverage types, but also release antioxidants which potentially helps to preserve them". Look out for Audacia's Merlot 2013, the world's first-ever wine made from Rooibos and Honeybush wood.

Well, since Coelho exhorts us to try to drink from every cup, we hope the Mother Grundys, already steeped in the tradition of enjoying their Rooibos as a High Noon tea, will not frown upon the idea.

DOSAGE is sugar added to sparkling wine after the second fermentation, which takes place in the bottle.