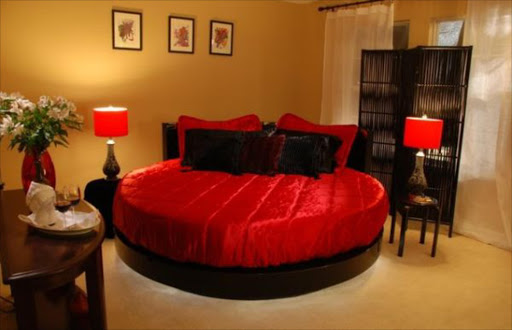 1) In several countries, some new brides place tiny bags containing chicken’s blood into the vagina prior to intercourse to prove the hymen was intact before marriage. In other countries, women have placed congealed sheep’s blood in their vaginas for the same purpose.

2) The record for the most female orgasms is 134 in one hour.

3) A single sperm contains 37.5 MB of DNA information. One ejaculation represents a data transfer of 15,875 GB, equivalent to the combined capacity of 62 MacBook Pro laptops.

4) In 26 states, impotence is grounds for divorce.

5) . The German for "contraceptive" is Schwangerschaftsverhütungsmittel. By the time you've finished saying it, it's too late

7) A single human male produces enough sperm in two weeks to impregnate every fertile woman on the planet.

9) Because there is an increase in blood circulation around the genitals during a woman’s period, she may experience more powerful orgasms during this time

10). Gymnophoria is the sense that someone is mentally undressing you.

11) In a bizarre experiment, 266 men were recruited from across the socioeconomic spectrum. They were each then shown pictures of five women with varying breast sizes and asked to rate their attractiveness. By a wide margin, poorer men preferred the women with comically large breasts, while the rich guys were cool with less top-heavy girls. Interestingly, the correlation remained consistent across the scale—the poorest liked the biggest breasts, the middle-earners liked middle-sized breasts, and the top earners preferred tiny breasts.

12) Fat Men Last Longer: fat guys last on average over three times as long in the bedroom. A 2010 Turkish study looked into the average performance times of men over the course of a year. The researchers found that fat men could keep going for an average of 7 minutes 18 seconds, while skinny guys’ partners had to put up with a mere 108 seconds

13) During sexual intercourse, in addition to the genitals and breasts, the inner nose also swells.

15) Sex can relieve a headache – it releases the tension, which restricts blood vessels in the brain.

16) Marilyn Monroe, an international sex symbol, reportedly never experienced an orgasm with any of her famous lovers

17) The longer a man’s ring finger is compared to his index finger, the more testosterone he has.

18) Ginger stimulates the feelings of excitement associated with sex. Eating ginger elevates your heart rate, gets your blood flowing and gets you excited for the night ahead.

19) A man can reduce his chances of getting prostate cancer by having at least four orgasms a week. Take care of your man.

20) The vagina and the eye are self-cleaning organs, so you don't have to put anything up the passage to clean it.