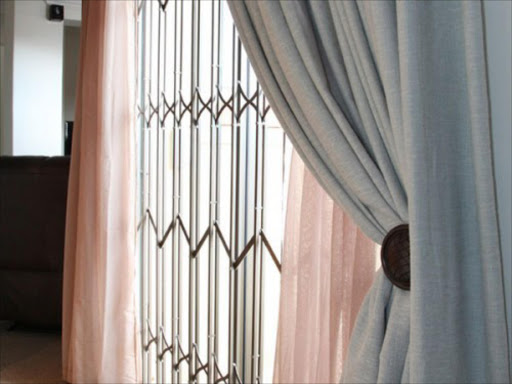 MARGARET Phetlhe of Soweto is accusing Kingdom Doors of Lenasia of selling her a fake stainless steel door at an exorbitant price.

Phetlhe says she thought she was making a good investment when she paid R16000 for a stainless steel door she had bought two years ago.

She says she went to Kingdom Doors after she had seen their advert in a local newspaper.

Phethle says a salesman explained how advanced the security system was and assured her there was no need to reinforce the door with burglar proofing.

She says she regrets buying the door because her house was broken into after thugs kicked it open.

"The advert was misleading because the doors are not stainless steel or crowbar resistant," she says.

Phethle says when she complained Kingdom Doors told her the doors were made of powder coated galvanized steel.

She says her insurance compensated her, but she has lost out badly.

"I lost a number of valuable items that I can't replace," Phethle says.

She says that she has learnt the hard way never to believe everything a salesperson says.

She says Kingdom Doors refused to replace the door.

"I was shocked when they said I should have installed a burglar gate as well," Phethle says.

She says they sent someone to inspect the door two months later and that was the last time she heard from them.

Lucille Barnes of Kingdom Doors tells Consumer Line they are aware of Phethle's complaint and are attending to it.

l Gari Dombo, managing director of Alexander Forbes Insurance, says most people don't know exactly what they are covered for and are often surprised when their insurer pays them out less than they expected.

l The condition of average will apply to property. Average is a formula applied to reduce claim settlements in cases of under-insurance. It is usually applied when the sum insured is 90% or less than it should be.

The sum for which your buildings are insured must be high enough to rebuild all of the property covered, not just the part that is damaged.

This sum should also include professional fees, such as the cost of architects, engineers and quantity surveyors as well as costs such as demolition, municipal authorities' scrutiny fees and so on.

The sum for which buildings are insured also needs to allow for escalation of costs during the time of rebuilding.

l A contents policy should cover all property in storage or in safekeeping in a bank.

The sum insured must be enough to replace, with new property, all of the property covered at the time of a loss, not just the part that is lost or damaged.

Not understanding what is insured and just guessing at an approximate value leads to disappointment at pay-out time, or years of wasting money on insuring overvalued property.