Face to face with 'her prettiness' 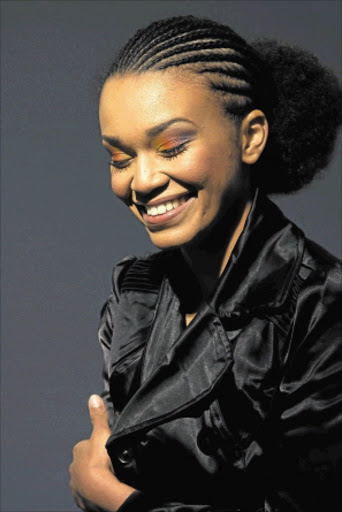 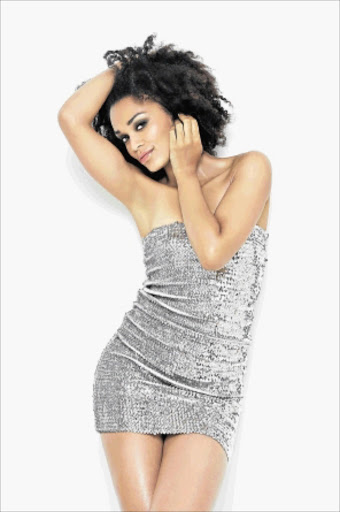 PEARL Thusi is the hottest kid on the block right now. She has sex appeal that leaves men weakened, looks, style and flawless diction - and acting ability to boot.

She's the fantasy of every man who watches SABC1. So it was no wonder that I was filled with uncertainty when I had to interview "her prettiness".

Before meeting Thusi I hadn't known what to expect from this model.

Zero personality? A vague aloofness bordering on truculence? Overpowering character? Airs and graces? But all these fears evaporated within 30 seconds of my meeting her.

It turned out that the lady from KwaNdengezi in KwaZulu-Natal was as sweet as cinnamon and sugar.

Does she think she is hot?

"I don't know. Beauty is in the eye of the beholder. Some people think I'm pretty," she says coyly.

She adds that she is the only yellow bone in her family.

"The moment I was born everyone was shocked at the way I looked. Apparently I have the genes of one of my great-grandmothers who was half black and half white," she says.

"When it comes to my work, being light-skinned has worked wonders for me; though in some cases it worked against me," the former Miss KZN says.

Thusi, who lost her mother in 2004, says she adopted something from various mothers, including Basetsana Khumalo, who is her spiritual mother and her best friend's mother.

She has a growing number of accomplishments and a long parade of magazine covers, commercials, an Real Goboza (RGB) co-host, Zone 14 actress, the list goes on and on.

Thusi has every right to be smug about her high-profile career. But this woman remains grounded and does not seem to get carried away by the glitz of the showbiz industry that brought her stardom.

"My grandmother, who passed away last year, was a born-again woman of serious prayer. If I wanted something to happen I would tell her because I knew she would pray and it would happen. She taught me to love the Lord and to be grounded."

Thusi, who is a born-again Christian herself, says her spiritual homes are Rhema, Grace House, My Father's House and The Church of Holy Ghost, depending on where she is.

This looker says she never in her wildest dreams thought she was going to get to present RGB.

But she was no stranger to TV when Real Goboza came knocking at her door.

So it came as no surprise when she replaced Brenda Ngxoli.

Her new role has not been smooth sailing. She rubbed some people the wrong way when she revealed that a well-known DJ was having an affair with the wife of a hip-hop artist.

"When I was called to audition I was shocked. I was floored when they told me I got the job. I'm enjoying every minute of it. This job has taught me to respect and have empathy for journalists. Working with celebs is not easy. It is interesting how people react when they see a camera."

Thusi, who is cagey about the man in her life right now, has a 5-year-old daughter with former sports presenter Walter Mokoena. The two have since gone their separate ways.

"We met way back before I was famous. We broke up because we did not feel the same way we used to feel.

"He is a loving father, though. My daughter sees him as her hero. Whenever she feels threatened by someone, she tells them her dad will deal with them."

"I dream of doing movies one day in which I will work with big names. At the moment I am concentrating on my studies at Unisa and working on getting a degree," the former Wits University student says.

"I want to push myself to the absolute limit. I really feel like I've only just begun."