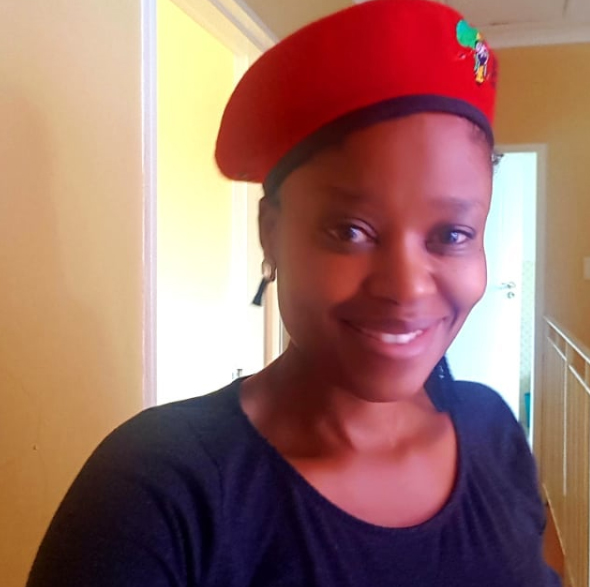 Malaika singer Tshedi Mholo's nasty fight with her neighbour over a gate at her home of 12 years has ended in court.

Mholo appeared in the Roodepoort magistrate's court yesterday over an interim protection order taken against her by her residence's body corporate chairperson Ronald Williams.

The case was postponed to August 22 so Mholo can seek legal representation.

According to the mother of two girls, her battle with the body corporate is over an about 10m-long gate she shared with Williams.

"When I come back late at night from performing, I have to push this thing. Even during rainy days. Sometimes I will even ask the kids to come push it so I can get inside," Mholo said.

Among the harassment claims made against Mholo includes her asking the EFF to intervene in the matter.

Although she claimed to have never mentioned Williams by name, she admitted to Sowetan to taking to social media to air her grievance on the matter.

In one of her tweets in March addressed to Gauteng premier David Makhura and police minister Bheki Cele, she wrote: "I need protection from my neighbours urgently. Body corporate issues are affecting both me and my kids.

"I'm dealing with a brother and sister from foreign countries and scared for my life. Security is not beefed up in my complex. Please assist ASAP."

Malaika to rekindle their magic on stage

The Malaika reunion that we have been waiting a decade for is finally happening.
Entertainment
2 years ago

Not one to mince her words‚ Malaika’s Tshedi has some stinging clap backs for her haters. Tshedi held nothing back when she spoke to us about the ...
Entertainment
5 years ago

Mholo said she was in the process of getting a protection order against Williams when she was served with one in March. She had tried to open a case with the police but was referred to court. The court then failed to intervene as the matter was a Rental Housing Tribunal issue.

She also lodged a complaint with the South African Human Rights Commission, but that was dismissed.

Mholo said there was an agreement to cut the gate in half and she fixed her part.

"He took out a protection order against me that I'm intimidating him, I cut his gate, I speak about him on social media, I'm being escorted by police and I called EFF."

Williams confirmed they had agreed to cut the gate in half and split the cost among themselves. However, he accused Mholo of acting prematurely.

"She has violated certain conduct rules that's why I took up the protection order. In between this she has had EFF members and supposed parliament members harassing me on the phone," Williams told Sowetan.

"Members of the EFF came to a body cooperate meeting. They were not invited but they were very polite. They heard both sides and we never heard from them again."

Mholo is also facing a civil case as Williams wants her to fix his side of the gate after she took it upon herself to cut the gate before consulting him.

EFF Gauteng leader Mandisa Mashego confirmed they were aware of the situation and attempted to intervene.