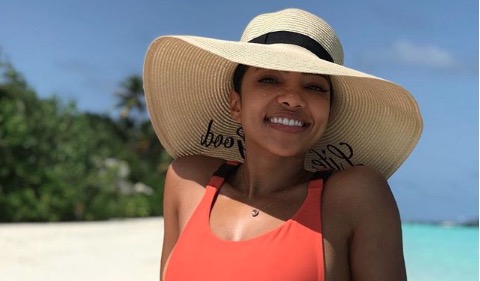 After three years on Real Goboza, Amanda du Pont has announced her exit much to the disappointment of fans.

While Amanda is grateful for the platform the show afforded her, she recently revealed that she just didn't have it in her to be "spicy and saucy" anymore.

During an interview on Metro FM, Amanda reflected on what prompted her decision to move on from the celebrity gossip show.

"I enjoyed the platform, but certain parts of the show had to be spicy and saucy to certain people and I no longer had it in me to do it. I know it was for entertainment but at what cost? It’s not ok, imagine I know you and next week I’m like ‘Yhu, Pearl what were you wearing? And I’m like that’s not me and it doesn’t serve me or my purpose so maybe it’s time I should leave," she said.

Amanda du-Pont is officially off the market after her longtime boyfriend Shawn Rodriques proposed to her.
Shwashwi
3 years ago

Amanda added that just before she left RGB, she almost lost her friendship with Khanyi Mbau after she made some spicy comments about her on TV.

"I remember Khanyi once called me and she was like ‘Friend how can you say that? My mom loves you, why would you say that about me? 'And I was like friend, they made me and it was at that point where I was just like, I don’t have to do this, so now it’s all about things that are positive.”