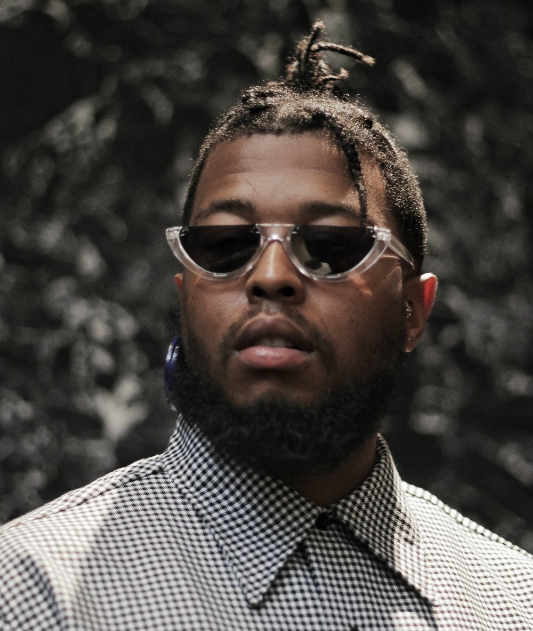 Anatii will soon be embarking on a music tour.

I caught the Iyeza pandemic bug about a month ago at the DStv Delicious International Food and Music Festival.

It was on an easy and breezy Sunday evening right after American songbird Erykah Badu had set the stage on fire.

Backstage during an intimate press conference, Badu mentioned that Anatii was waiting for her in the car. Referring to him by his other moniker Electronic Bushman, Badu sang his praises.

"I was waiting for her in the car. She had a show and I gave her a ride to the show. She is like my big sis. It wasn't like a big deal. It was just family time," Anatii says.

A week later on October 5, South Africans woke up to the surprise release of the 10-track album. In the year when local hip-hop seems to be having its golden age with outstanding new releases by AKA (Touch my Blood) and Nasty C (Strings and Bling), Anatii's offering clearly stands out.

"The reception has been overwhelming mostly because I never expected the reaction of people showing love to the music," Anatii says.

"It's such a special feeling. It has sort of solidified my trust and belief that people here at home will always support me and the more of myself I give to them, the more they react positively."

The tour-de-force album is a blast of Mzansi pride that is intriguing, beguiling, philosophical, and a banger.

Masterful Anatii does the most on the record; showing off his singing and rapping mostly in Xhosa in remarkable tracks such asThixo Onofefe, Ntloni, Ngozi and God my Best Friend.

Anatii released the album independently nine months after working on it and it went on to top Apple Music SA.

The equally captivating artwork for the album was done by artist Nika Mtwana.

"I was inspired by homegrown and authentic South African rhythms and melodies. I listen to a lot of Ladysmith Black Mambazo, Jabu Khanyile, Brenda Fassie and so many different vibes," he explains.

"I felt like I needed to make a stamp that was South African, not just African. Something that sounded like it was from Mzansi. I felt like for a while we have not been able to identify with a certain sound aside from gqom."

The day of the album's release, Anatii found himself in the middle of an interview on Metro FM with Masechaba Ndlovu who received widespread criticism for ambushing Anatii to talk about his private life. ". I was so tired on that day because we had just finished the album. Not to say you can't ask those questions, but it was more about her timing. I don't hold anything against her."

I'm surprised when Anatii reveals that he's a good cook and vegetarian.

"I used to be vegan but that wasn't sustainable. The biggest misconception about being vegetarian is that people think. you'll lose weight.

"Even if you are vegetarian there are still a lot of carbs - so I ended up eating a lot of pasta and bread.

"Now I'm juicing again and I'm back at the gym. I'm eating a lot of wraps, veggie burgers and all sorts of things. I wish I could eat more salads. I like creative salads, not just Greek salad."

Real name Anathi Bhongo Mnyango, the 25-year-old was born in Bhisho, Eastern Cape. Throughout an illustrious 10-year career as a writer and producer, Anatii has worked with big names such as Lebo M, AKA, DJ Khaled, Busta Rhymes, Wizkid, Tiwa Savage and Omarion.

He lived in the US for two years. He produced his first song Ain't No Thang by Morale at age 15 and has never looked back. "I was just a teenager and was still going to school. My weekends were spent in studio just working."

Next, Anatii will embark on a music tour and wants to focus his energy more on community work.

"I feel like my purpose is bigger than music."