Zama Ngcobo back on TV with own show 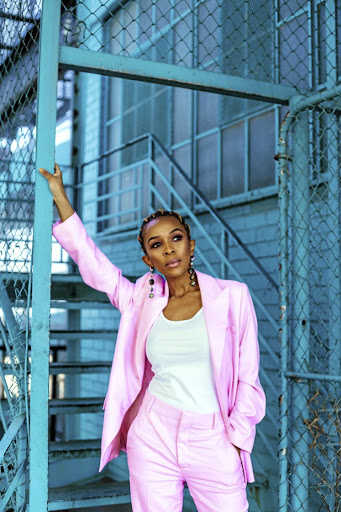 Ngcobo was first introduced to TV viewers back in the days when SABC1, which was known as Simunye, was still everyone's favourite station.

The petite beauty along with TV presenter Lalla Hirayama were some of the most envied hosts as continuity presenters on the channel in 2007.

Ngcobo went on to make her mark in the entertainment industry by putting her claws in every opportunity she could come across, including acting and radio.

She recently clinched a second TV show deal since her departure but is at the helm of things this time around. Speaking to Time Out, Ngcobo said she has been blessed with an opportunity to return to her first love in television, not only as a presenter but also as the content creator.

"As much as I can act and I can do all other things, I started as a presenter. To have created a property that is my own from scratch, and I am not hired by anyone, is a milestone," she says.

The show, which premiered on Heritage Day on SABC3, will zoom in on extraordinary South Africans who are "living their best lives".

"The show is basically my story. I am from KwaZulu- Natal and I came to Johannesburg to make it big. I have realised not everyone who is successful in Johannesburg is from Johannesburg.

"So I figured why not follow the people I can find who are doing great things. I started shadowing people, following them and seeing what I can get out of them."

One of the guests featured on her show will be one of SA's former presidents.

She says she will not return to radio any time soon as she feels she has achieved all that she has set for herself.