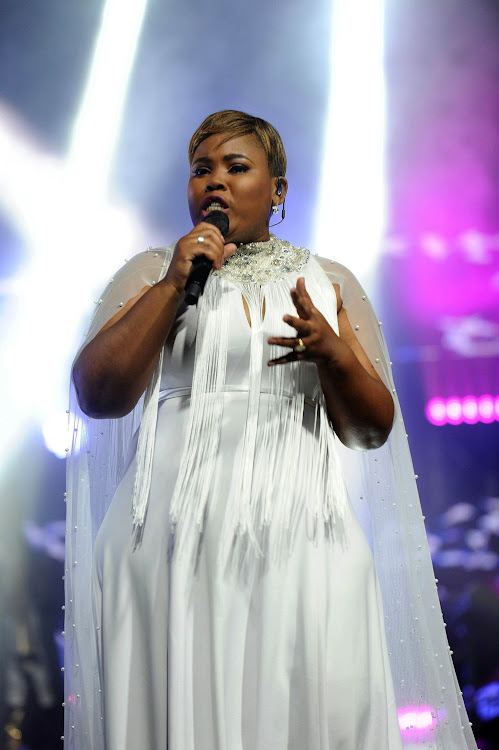 Not even a debilitating bout of bronchitis could derail Lebo Sekgobela.

For the past few weeks, Sekgobela has been floored by a stubborn disease that resulted in her, she says, admitted in hospital, voiceless and taking 12 dribs a day. Just on Thursday, Sekgobela was still undergoing tests to ensure her condition would not get worse.

Before the show, the superstar was still on medication as she raced to nurse her voice back.

"I've seen challenges in my career, but nothing like this," says Sekgobela. "It's my belief that something great is coming.

"This show is going to be great. It's going to be heaven on earth. If you want to taste heaven, come [to the show].

"God has laid us a beautiful buffet, and this will be the tasting. Come hear the music before it goes to the world."

Her excitement was palpable as she spared five minutes to speak to me on the phone.

"I understand that there are people flying in from Botswana and Cape Town, and others coming from Lesotho, Burgersfort (Limpopo) and QwaQwa, really far and wide. I appreciate the support and I'm very excited about every song.

"I want to receive the songs first before they go to the rest of the world. I only see the grace of God and it's a treasure, hence the album will be titled The Treasure of the Cross."

She added: "The preparations have been awesome. This is going to be a recording of 30 songs, a full three-hour set." Some of the artists featured are Ntsika Ngxanga from The Soil on the song Umusa, and Jabulile Mokoena from the Vaal singing a traditional Xhosa hymn.

Following the success of Lion of Judah, which had some Shona lyrics, Sekgobela returns to the language with a new song.

She lets slip that she will also have a down-memory-lane clip featuring a youngster from Newcastle whom she watched perform in December and was left blown away by his talent.

"I love children. I am what I am because of them. I appreciate the impact I have had on them and how that in turn influences families," she says.

Sekgobela will also launch her unisex LS sportswear range that also caters for children. The range will be sold at Rhema. She also hopes to open a store in future.

The new album is slated for release in August, as well as a national promotional tour that will kick off at the Vaal Mall, her hometown south of Johannesburg. The DVD will be released at a later stage.