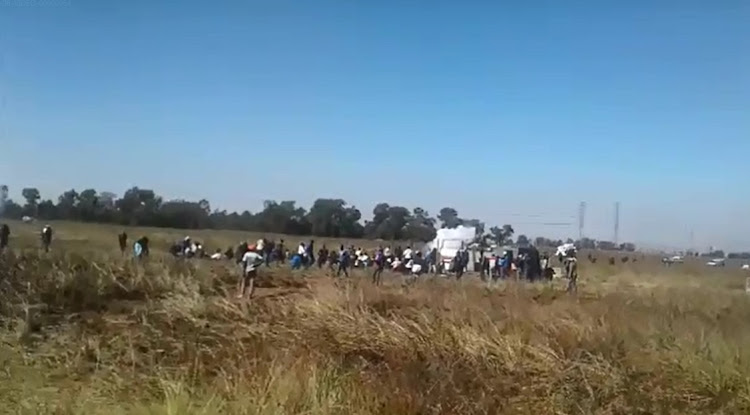 Drama unfolded when police fired rubber bullets in an attempt to disperse a group of land invaders in Protea Glen, South of Soweto on Sunday.

More than 100 people had gathered with tools to erect shacks on the property while demanding stands.

The group had already erected two corrugated structures on the land when armed police arrived on the scene.

The first shots were fired after residents sat on the ground and started singing struggle songs.

People started screaming and running away as police officers charged at them.

Problems in the area started last Tuesday when a group of people from different parts of Soweto tried to occupy the vacant land.