Natasha Thahane returns to The Queen to shake things up 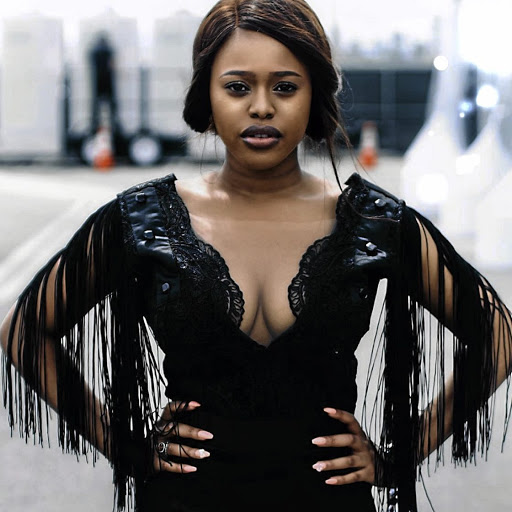 Natasha Thahane says one can't say they are done studying and she will always further her studies if the money is there.
Image: Instagram

Actress Natasha Thahane has jumped right back into action following her return from studying at the New York Film Academy.

The sexy starlet who came back in January after some time in the US is already on the set of The Queen on Mzansi Magic in her character Amu.

Thahane, 22, tells Time Out she has missed being on set alongside her cast members Dineo Moeketsi, Rami Chuene, Shona and Connie Ferguson.

"I can't wait for you guys to see what the writers have in store for Amu," she says.

Thahane took an unexpected break from her role last year to pursue her drama studies abroad after getting a scholarship.

She doesn't say much about her studies, saving everything for a book she says she is currently penning.

She says even though being in the Big Apple for a year was an overwhelming experience, she missed being home in South Africa with her family.

"I came back in January. I missed my grandmother's home-cooked meals. I actually lost so much weight because I spent so much time at school I didn't have time for proper food. I was away studying. I was there to learn and attended classes."

The woman who accused Imbewu : The Seed crew members of sexual harassment on set is nowhere to be found. Only known as Amanda Phakathi, the woman ...
Entertainment
3 years ago

Coming from a prominent family of academics, the granddaughter to world renowned Archbishop Emeritus Desmond Tutu says education is an important part of her life.

"One can't say they are done studying; if the money is there I will always further my studies. One just has to find the balance between getting the money to go study and getting the time to go study," she says.

"Going forward, I want to obtain my master's in the arts. I also want to get something out of the arts and I will do that through part-time studying.

"I also want to get involved in the making of television as a producer because my main thing right now is creating jobs because there are so many graduates out there without jobs," she says.

Amu's character is expected to be back on television soon. Thahane says she would like to change from being cast as an innocent "victim" girl in her future roles.

"I have always been a victim in my characters but, as time goes on, I want to be a villain and play [the] opposites of that [victim]," she says.

Thahane has made it up the ranks of social media stardom, gaining herself an "It Girl" status due to her huge following that has been growing in the entertainment industry since scoring big roles.

Thahane made her screen debut as Claire in eKasi: Our Stories Drama King in 2014 on e.tv.

She has also played Thuli in Single Galz, as well as Fundiswa in Saints and Sinners.