Veteran Shai is a greedy 'Vandal' 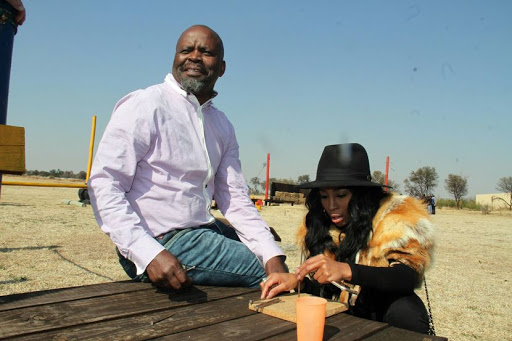 Actor Patrick Shai with Talk show host and actress Khanyi Mbau playing mind games at the Stonehenge Africa in Parys. The day will be filled with some pampering and adrenaline adventure in celebration of Father's Day. Pic: Bafana Mahlangu. Â© Sowetan

Vandal is so greedy and ruthless that he does not mind tossing his sister to the wolves to get what he wants.

He uses his sister - played by Zukisa Matola - to get closer to Stan, a man who knows the whereabouts of the software to crack the codes in banks.

The film, written, produced and directed by Tebogo Mmela, was shot in different locations in Gauteng at a cost of R2.5-million.

Mmela told Sowetan that Hell City was about two Mafia gangs who clash over software that cracks codes in banks.

Mmela said the film will be shown at cinemas towards the end of the year.

Shai said he agreed to be part of the project because Mmela was enthusiastic and very passionate.

"Tebogo is a creative young man. We came on board to make his dream a reality," the veteran actor added.

Hell City is the first big project by Mmela who originally comes from Mamphokgo in Limpopo.