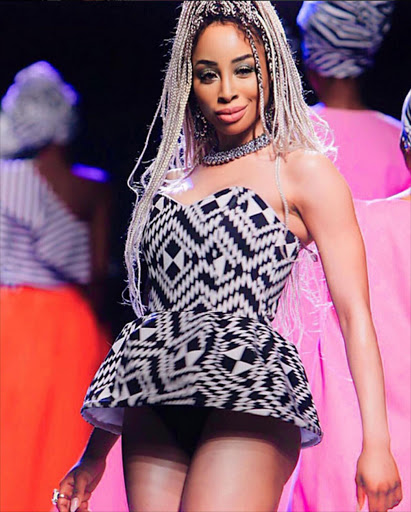 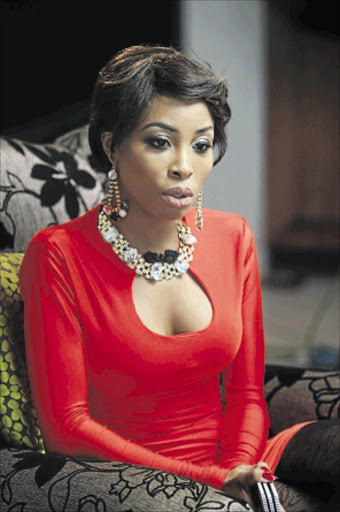 Hot on the heels of a war of words between EFF Leader Julius Malema and Mabala Noise management‚ which continues to rage — Khanyi Mbau has revealed that the label has paid artists ” a lot of money.”

Mbau‚ who is one of the many artists that have recently signed to the entertainment company‚ has come out to defend the label amid claims that it paid artists R5 million each.

The claims were made by Malema during a live press conference at the IEC results centre two weeks ago. Malema also accused Mabala Noise owner and ANC Youth League treasurer general‚ Reggie Nkabinde of being embroiled in “dodgy tender processes.”

In the wake of the debacle Nkabinde held an urgent press briefing days later where he dismissed the allegations as a “complete lie.”

Nkabinde added that it was a complete joke to believe that the stable had R122 million to pay artists.

Adding her voice to the highly-publicised debacle‚ Mbau had nothing but praise for her management company.

In an interview with Zkhiphani‚ Mbau said that the stable looked after them very well.

Speaking about the R5 million claims the songstress would not be drawn into confirming the exact figure but did say that it was not R5 million.

“Look I won’t say how much it is‚ but we got a lot of money. No one in our stable is hungry‚ and when I say hungry‚ I don’t mean hand to mouth‚ we’re good. They look after us. They treat us like stars‚ they ensure we live in good neighbourhoods‚ drive nice cars‚ wear nice clothing. They believe in us.”

Khanyi went on to add that the amount of money they received was a “life changing amount.”

“The R5 million is a wrong figure‚ but I won’t say how much‚ but it’s an amount that changes lives‚ yes‚” she said.

Meanwhile‚ Sowetan is reporting that the EFF has confirmed that the party had opened a case of racketeering and fraud against Nkabinde‚ which will see all 24 of his companies investigated.

In July Mabala Noise made headlines when it confirmed that it had signed a string of artists to the stable including Riky Rick‚ Gigi Laymayne‚ Nasty C and Khanyi Mbau.