Investment manager invested ‘beyond its mandate’

The financial sector regulator has lifted the suspension of the licence of investment manager JM Busha but its chief investment officer may yet face administrative action. 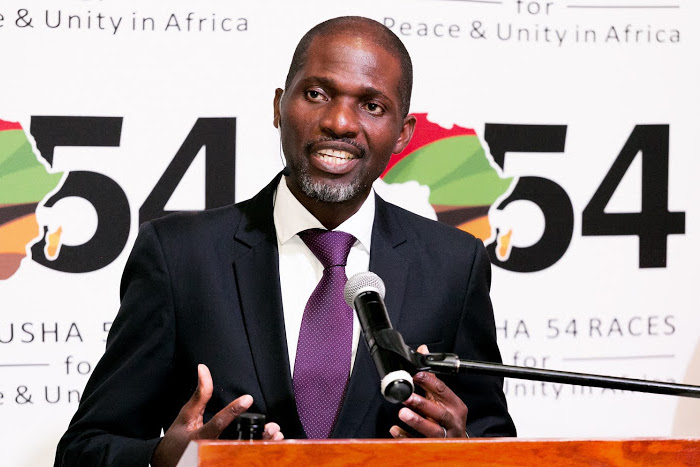 The Financial Sector Conduct Authority (FSCA) has lifted the suspension of the licence of an investment manager that it says invested beyond five pension funds’ mandates, putting about R390m at risk.

But the regulator says JM Busha Investments and its chief investment officer, Joseph Busha, may yet face administrative action.

The reason for its seemingly contradictory decision to give the manager back its licence, is that it could lead to the recovery of some of the money owed to retirement fund members in municipal, and metal, electrical and engineering industry funds, Brandon Topham, divisional executive for investigations and enforcement at the FSCA, says.

JM Busha Investments is not managing any other money but needs its licence to collect the money still owed to the five funds, he says.

JM Busha’s licence was provisionally suspended late in 2019, the manager confirmed, after it was unable to prove it met the financial soundness requirements for a financial services provider in terms of the general code of conduct in the Financial Advisory and Intermediary Services Act.

In an FSCA enforcement undertaking signed in June and quietly published on the FSCA’s website, Busha acknowledges that he made investments on behalf of the five pension funds without complying with the guidelines, limits and restrictions provided in the funds’ investment mandates.

The undertaking notes that Busha invested R3.4bn on behalf of the five funds. Included in these investments was R410m invested in what Busha says are interest-earning debt instruments from three entities that the FSCA has singled out as being beyond the retirement funds’ mandates.

At least two of the entities – the investment company of controversial pastor Shepherd Bushiri and a Namibian Bank – have since run into financial difficulties.

Busha told Money that only R290m remains outstanding as some of the money has since been repaid. He also says that none of the outstanding money is lost as the debt instruments had guarantees.

The FSCA’s enforcement undertaking notes that R60m was invested in the SME Namibian Bank that is now in liquidation. According to media reports, the liquidators have presented evidence of fraud that could involve role players who defrauded VBS Mutual Bank in SA.

However, Busha says the money invested in the Namibian Bank will be recovered as there “are processes to be followed and funds get recovered from liquidation processes”.

He is also of the view that the R200m lent to Shepherd Bushiri’s investment firm will be recovered. He says Bushiri’s accounts, including that of his investment firm, were frozen after the National Prosecuting Authority arrested Bushiri and his wife in February 2019 on charges of fraud and money laundering reportedly involving R15m.

Busha says he has a guarantee in the form of a notarial bond on a property development for Bushiri’s investment company. He is using the bond to recover the investment and says if Bushiri does not pay, the manager will execute the bond against the property, he says.

“The funds invested in a business owned by Shepherd Bushiri were guaranteed for double the amount invested legally, and our lawyers are dealing with that,” Busha told Money.

Busha said legal processes take a long time and he therefore could not say how long it would take to recoup the money.

The third investment the FSCA undertaking identifies was in debt instruments from a Swazi construction company, Inyatsi Construction. Busha says that only R40m of this investment remains outstanding and is due to be repaid in October

Topham says that Busha invested in these companies’ debt instruments using the retirement funds’ money granted on a mandate that it should be invested in money-market instruments.

He says that the FSCA views the investments as not meeting the definition of money-market securities, but Busha says he invested in the securities as defined by the Pension Fund Act.

Topham says the regulator is considering this issue and the disclosures made about the investments as well as the role of the compliance officer and the trustees of the retirement funds and this could result in the regulator taking further administrative action against those involved.

The FSCA has instructed the funds to institute actions to recover the outstanding millions from JM Busha Investments, but Topham says lifting the suspension of JM Busha’s licence allows it to assist in recovering whatever money it can for the funds.

He says the funds can also claim against JM Busha’s professional indemnity insurance which Busha says amounts to R30m.

Topham says Busha is currently not managing any money as all the funds that had given him money to invest have moved it to other managers. The FSCA is therefore of the view that there is little risk to lifting the suspension of his licence.

Robert Walton, the CEO of BCI, says the Boutique Investment Partners took over the management of the JM Busha BCI Real Return fund in February before the FSCA suspended JM Busha’s licence, as its own checks revealed that the firm did not have the required capital adequacy.

Busha says his company had inter-company loans from entities in other countries, but these were excluded from the firm’s assets for the purposes of determining its solvency and this led to the suspension of its licence.

* This article was first published on our sister website BusinessLive

Huge difference between saving and investing

While saving is a great for putting money away for a specific goal, investing over the long term offers growth in interest and in your actual capital ...
Business
2 years ago

It's risky to take financial advice from family and friends

Your decision to invest should be based on your circumstances, risk appetite, objectives and investment horizon, and a friend or family member cannot ...
Business
2 years ago

Avoid being your own worst foe when you’re investing

Common mistakes investors make are switching out of their investments when the market performs poorly or switching fund managers to chase the latest ...
Business
2 years ago
Next Article