Your actions now will have a very real effect on how you fare financially during retirement. 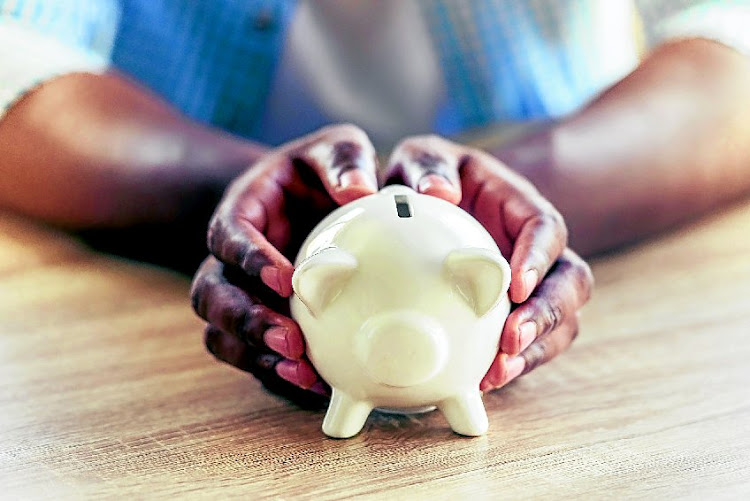 Any withdrawals from your retirement savings before you retire, will be detrimental to you in retirement.

Changing jobs or being retrenched should never be viewed as an opportunity to access extra money in the form of your retirement savings, says Gary Fisher, Head: Member Education Services at Alexander Forbes.

According to the Alexander Forbes Member Watch Survey 2018, the average retirement fund member would get only R2,880 as a pension for every R10,000 they were earning before retirement - mainly because they opt to withdraw their retirement fund savings instead of preserving it when they change jobs.

Over-indebtedness created by a lack of savings for unforeseen emergencies or for goals and plans such as a big holiday or children’s education is the main reason members don’t preserve their retirement fund savings when they change jobs, says Fisher.

Here are four key reasons not to cash in your retirement fund money:

Compound interest will not work for you

Fisher says your retirement fund is a long-term investment and money invested in your company pension or provident fund needs time to grow with the aid of compounding. Put simply, compound interest or compounding happens when you earn a return on your investment, and the return you receive starts to generate its own return.

To understand the powerful impact of compounding investing, consider the example provided by Zanele Kunene, an associate financial planner at BDO Wealth Advisers.

If you put away one cent every night before you went to sleep and it doubled each night, after one month, your “investment” would be worth around R5.4 million, she says. Furthermore, due to the nature of compounding, 90% of the growth takes place in the last week.

It is highly unlikely that you would find an investment that will double your money every night or even every year, even a very achievable investment of inflation plus 4% a year will grow a R500,000 lump sum to an estimated capital of R2,880,000 over 20 years, she says. But over 10 years, the capital would only be R1,200,000. That is the power of compounding, adds Kunene.

You will pay tax unnecessarily

Any sum of cash you withdraw from your employer-sponsored retirement fund will incur tax.

During your lifetime you are allowed to take a total of R500,000 from your combined retirement savings tax-free on retirement. However, all amounts you withdraw in cash (that exceed the first R25,000) before retirement will reduce this amount. So, effectively by taking cash each time you change jobs or at retrenchment, you end up paying more tax and reducing your tax-free amount available to you at retirement when you need it most, says Fisher.

Whatever retirement savings you cash in and splurge in your working career will invariably leave less for your retirement years.

Fisher says many South Africans only start paying attention to their retirement savings later in life and discover to their dismay that what they will receive in retirement is usually very low when measured against their current earnings projected forward.

This is all the more reason not to cash in your retirement fund money, particularly in the earlier years of employment when you will not be able to harness the power of compound interest. The shortfall at retirement also becomes difficult to make up as our expenses increase in line with our lifestyles and medical bills later in life, he says.

Guy Chennells, the head of research and development for umbrella funds at Discovery Invest, told delegates at the recent workshops of the SA Independent Financial Advisers Association that a member who starts preserving his or her retirement savings at age 30 will have only 33% of his or her final income at retirement.

Starting all over again

In the process, you rob yourself of the one ingredient that could make the difference between a comfortable retirement and one that is fraught with financial uncertainty – time.

Kunene adds that you need to save 15% of your salary, for 30 years or longer, and earn an investment return of inflation plus 6% to achieve an income replacement ratio of 75% of your final salary.

Saving starts with a simple formula

We tend to put more thought and effort into buying a car than we do into planning for retirement, a season of your life which may last 30 years, says ...
Business
3 years ago