Pay increases can leave you poorer than previous year 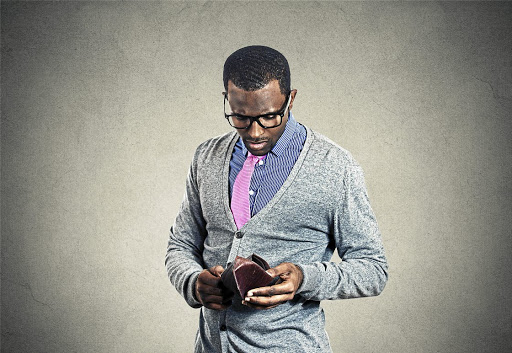 Some employers give below inflation increases to avoid shedding jobs.

If you work in the private sector, you may be looking enviously at government employees who recently negotiated for themselves above-inflation increases. Very few private sector companies pay inflation-linked increases and the trend among employers is away from fixed increases for all and towards performance-related increases.

"More than 80% of private companies pay some form of performance-based pay based on [employees meeting] key performance indicators or targets, which should be pre-agreed objectives."

PECS is a provider of human resources products and services, including salary surveys that provide current market-related pay and benefits data for over 800 positions across all sectors of the South African economy.

An inflation-linked annual increase is a big issue in trade union negotiations, Wescott says, but in the private sector, inflation is just one of the factors that companies consider when doing pay reviews.

"Employers will look at inflation, what's affordable - in terms of how the company's doing - and how employees have performed against their key performance indicators."

The employer will then decide on a range. For example, if inflation is 4.5% your employer might decide to pay increases of between 3% and 7% with the top performers getting 7% and some getting 3%. Some may get no increase at all.

Sanisha Packirisamy, an economist at Momentum, says the average "real" (or after inflation) wage increase in the public sector since 2008 was 2.4% versus 2.1% in the private sector.

Packirisamy says real wage increases in the private sector should exceed those in the highly unionised public sector to match higher levels of productivity. In the past, private companies have protected their bottom line by shedding workers to keep their overall wage bills under control.

Whether you work in the public sector or the private sector, what's important is that you receive an increase, which is at least equal to inflation every year. An increase of less than inflation means you are effectively poorer than the year before - because most goods and services increase in line with inflation.

To avoid shedding jobs, some employers pay increases of less than inflation. According to the most recent Quarterly Labour Force Survey of Statistics South Africa, over the year to the first quarter of 2018, unemployment declined from 27.7% to 26.7%, partly due to a marked increase in discouraged workers.

While the benefits, and range of benefits, offered by employers can differ enormously, Wescott says most employers in the private sector offer a retirement benefit, as does government.

A car allowance is typically a senior level benefit, Wescott says, although it's also paid to sales reps or operations people who need to be on call. "The rationale is they need a car for business. But since it's taxed [in full], it's not such a huge benefit," he says.

Wescott says 13th cheques (or bonuses) are not common these days. "The notion of it is dying, slowly. Firstly, it's not performance related. Some companies offer the option for you to have your package in 13 cheques instead of 12."

Another benefit that is rare in the private sector is a housing subsidy. Wescott says this is because the tax advantage has disappeared. Some employers, however, do pay housing subsidies to their low earners as part of their social responsibility.