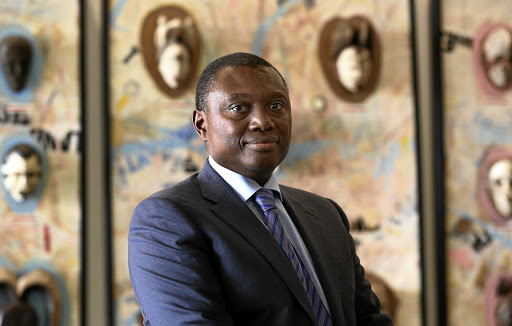 Standard Bank has ruled out funding all new coal-fired power plants and most oil-fired plants as part of plans to reach net zero-emissions by 2050, but campaigners said it could still do more to cut emissions.

More financial services firms are setting net-zero targets to combat global warming but are under pressure to provide more details on how to get there, including making short-term cuts.

Standard Bank, a top oil and gas lender in Africa, has drawn fire from activists in the past. They said its new fossil fuel strategy, published on Wednesday, did not guarantee emissions reductions or rule out backing projects such as a planned Ugandan oil pipeline.

Under its new strategy, the bank bans funding for new coal-fired power plants, which it has not financed since 2009, and expansion of existing plants. New mines would be possible in limited circumstances.

New oil-fired plants or expansion plans would also only be possible in limited circumstances and it would reduce loans for oil exploration and production by 5% by 2030, the bank said.

The South African Reserve Bank raised its main lending rate on Thursday in a "measured" move it said should tame inflation risks, the second ...
Business
3 months ago

It said its exposure to gas would grow to 0.91% of its loan book by 2030, before falling to 0.4% by mid-century, saying gas was a transition fuel as it emits less carbon than oil or coal.

“A total or immediate ban on further transitional projects in Africa in order to help reduce environmental pressure in much richer regions would be a cost too far,” he said.

But campaigners say continuing to fund fossil fuels, including gas, will harm developing countries by driving climate change and make them more reliant on fossil fuels.

Standard Bank said it wanted to mobilise up to 300 bln rand ($19.9 bln) in sustainable finance — potentially including for transition fuels like gas — by the end of 2026 from a targeted 40 bln rand in 2022.

It set targets for reducing lending to coal, oil and gas as a percentage of its loan book by 2050, and its strategy put it ahead of some local peers.

But Standard Bank did not guarantee an absolute reduction in its financed emissions, unlike global peers such as HSBC and UBS, so lending in this area could grow if its loan portfolio expanded.

Maaike Beenes, an campaigner at BankTrack, which tracks bank finance activities, said the absence of near-term emissions targets and other caveats meant Standard Bank's policy fell short of even some local rivals.

“That makes it even more disappointing that Standard Bank seems to have missed the opportunity to become a climate front-runner with the policy announced today.”

South Africa's Reserve Bank (SARB) will raise interest rates to 4.00% on January 27 as it continues its hiking cycle amid a pick up in consumer price ...
Business
4 months ago

Standard Bank Group said it expects to report a 40% rise in profit for the six months to June 30, boosted by signs of recovery in the local economy.
News
11 months ago
Next Article