Facebook owner Meta to lift veil off its metaverse business 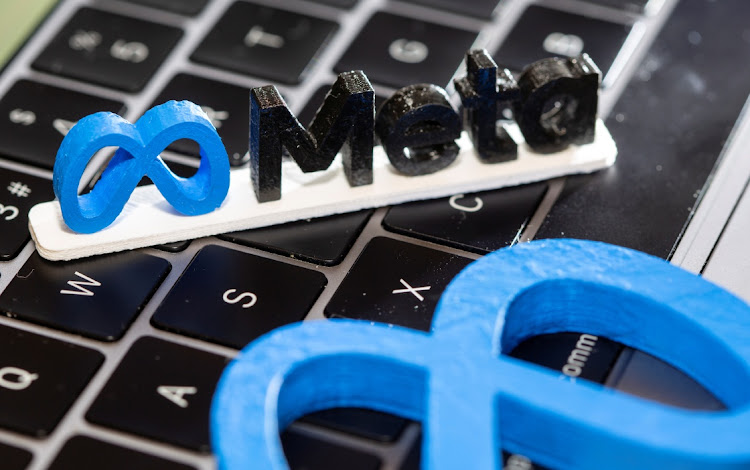 Since October, Facebook has renamed the company, articulated a vision of the internet where people can digitally connect through virtual-reality avatars or teleport to see places like ancient Rome, and helped trigger the metaverse investment craze.

When the company, now Meta Platforms Inc, reports fourth-quarter results on Wednesday, investors will get a new window into the financial impact of CEO Mark Zuckerberg's current passion.

Meta plans to break out the results of its augmented and virtual-reality hardware unit, Reality Labs, for the first time, an investment the company previously warned would cause a $10 billion hit to 2021 profit and would not be profitable “any time in the near future.”

The company is hiring engineers and buying up multiple virtual reality gaming studios to build towards the metaverse, which is a broad futuristic idea of shared virtual realms that can be accessed via different devices and which Zuckerberg is betting will be the successor to the mobile internet.

Analysts said they would be keen to see indicators about the Reality Labs division's profitability, how long it might be a drag on the advertising side, and evidence around the strength of VR headset sales.

“It's going to be huge for me as an analyst, not having to surgically dig through Facebook earnings ... and just see a lens into the Reality Labs,” said VR market analyst Stephanie Llamas of Vox pop.

Meta has said it expects non-advertising revenue to be down year-over-year in the fourth quarter as it compares unfavourably with the “strong launch” of its VR Quest 2 headsets during the previous year's holiday shopping season.

The company has not released sales numbers for Quest headsets, but a July recall notice for the Quest 2's facial foam liners said it affected about 4 million units in the US. In a sign of strong sales for the headsets during the recent holiday period, its Oculus app hit the top spot on the U.S. App Store for free iPhone apps on Christmas Day.

Front-of-mind for investors, though, will be how Meta's core digital advertising business is faring, after the tech giant said in October it faced “significant uncertainty” in the fourth quarter.

The company, which has the second-largest digital ad platform in the world after Alphabet Inc's Google, warned it could face continued hits from Apple Inc's privacy changes which have made it harder for brands to target and measure their ads on Meta's social media services Facebook and Instagram. Analysts said Meta had set the bar low for its coming earnings, but questions remained about these effects and about issues related to the COVID-19 pandemic.

“The Apple tracking change clearly had a negative impact on Facebook in the September quarter,” said Evercore ISI analyst Mark Mahaney. “The question is, were they able to further mitigate that risk ... or did it become bigger?”

Pedro Palandrani, a research analyst at Global X, said the metaverse was the “long-term story” but in the near term investors would look for how Meta navigates Apple's policy as well as e-commerce updates and ways to monetise messaging or features like its short video offering, Reels.

Meta, which reported 2020 revenue of about $86 billion, has yet to explain in detail how it will make money in the metaverse. In November, it pointed to potential opportunities for brands, from immersive shops to running paid mixed-reality events. The company has invited a group of ad execs to discuss its brand change and its plans for the metaverse at a virtual roundtable next month.

Meta is expected to report revenue of $33.38 billion, according to Wall Street estimates, up 18.9% year over year, and is expected to post quarterly earnings per share of $3.84, a slight decline. The company has said it expects total 2021 expenses to come in at $70 billion-$71 billion and full-year 2022 expenses to reach $91 billion-$97 billion.

Coming-of-age movie hits cinemas, along with 'A Journal for Jordan', while Roland Emmerich goes big (again) as earth braces for catastrophe (again)
Entertainment
6 months ago
Next Article