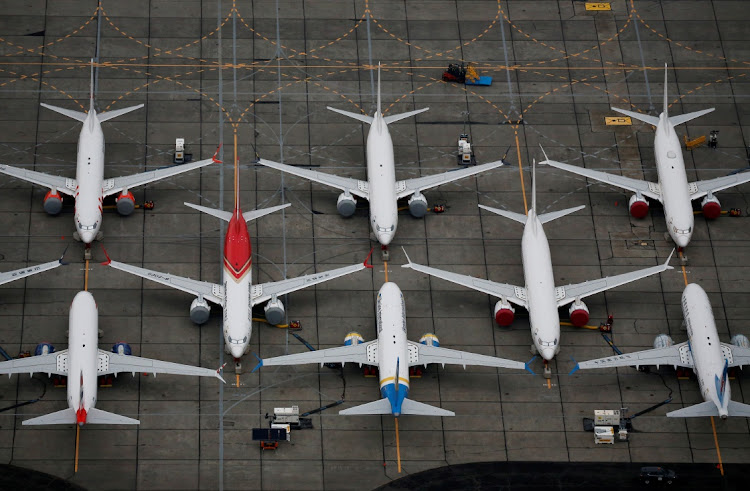 European regulators on Tuesday began the timetable for a return of the Boeing 737 MAX to Europe's skies early next year after an almost two-year flight ban caused by fatal crashes.

The European Union Aviation Safety Agency (EASA) set out conditions for putting the grounded jets back into service, including new training and updating MCAS software implicated in the crashes that killed a total of 346 people in 2018 and 2019.

Tuesday's publication marks the start of a 28-day comment period, which EASA said would lead to a formal ungrounding from mid-January, once public and industry feedback had been studied.

How long it takes for flights to resume in Europe depends on pilot training and the amount of time airlines need to upgrade MCAS software and carry out other actions mandated by EASA.

U.S. flights are due to resume on Dec. 29, some six weeks after Boeing's main regulator, the U.S. Federal Aviation Administration, lifted its own ban on Nov. 18.

The crashes in Indonesia and Ethiopia triggered a slew of investigations faulting Boeing for poor design and the U.S. Federal Aviation Administration with lax oversight.

Investigators have said the newly upgraded version of the world's most-sold jet lurched downwards repeatedly because MCAS wrongly believed the nose was pointing too high, threatening loss of lift, due to a single faulty "Angle of Attack" sensor.

Although the plane has two such sensors, only one was designed to be used at a time, depriving the other of a backup. The new rules enforce changes designed to keep both active.

"A fundamental problem of the original MCAS is that many pilots did not even know it was there," EASA said in a statement laying out why it had insisted on a more sweeping review, which investigation sources say put it at odds at times with the FAA.

"In the accident version of the aircraft, there was no caution light to make a pilot aware that the AoA sensor was faulty, making it almost impossible to determine the root cause of the problem," EASA said.

Minutes after take-off, the pilots of an Ethiopian Airlines 737 MAX were caught in a bad situation.
News
3 years ago

Allaying concerns by airlines that the crashes would spark a race between regulators to show who is toughest and make it harder to operate internationally, EASA said all its technical and software fixes were identical to those required by the FAA.

But it differed from the FAA in saying pilots could stop a "stick shaker" alarm from vibrating if it went off accidentally, halting a distraction thought to have added to the problems of Ethiopian Airlines and Lion Air crew in taming the bucking jets.

It also issued one temporary restriction on autopilot use.

Some regulators have been waiting for EASA's decision before lifting their own measures as the 20-month Boeing safety crisis tested confidence in U.S. aviation leadership.

EASA Executive Director Patrick Ky said in remarks aired on Saturday that investigations into the crashes had shown "dysfunctions" in FAA actions and relations with Boeing, and promised greater scrutiny of future U.S. designs..

The FAA has downplayed differences among regulators.

Canada and Brazil are expected to lift bans within days, but uncertainty remains over plans by China - the largest market for the jet and the first to ban it in March 2019 in what was seen as an unusual snub to the authority of the FAA over U.S. models.

EASA represents the 27 European Union countries plus four other nations including Norway, which has 92 of the aircraft on order. Until Dec. 31, EASA also represents Britain, which left the EU bloc in January.

Airlines in those countries have more than 300 of the planes on order, worth $38 billion at list prices.