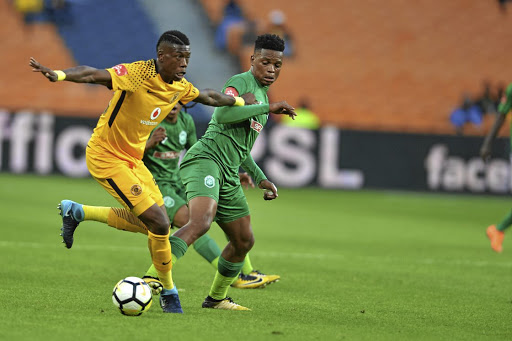 Kaizer Chiefs may just as well throw in the towel in the race for the league title after drawing 0-0 in their 12th match of the season against AmaZulu.

This was Chiefs' sixth league draw at home this campaign to go with the six away. That's a massive 24 points dropped.

Unsurprisingly, they are seven points behind the leaders Mamelodi Sundowns.

Amakhosi now have six matches remaining and the Brazilians, who are playing in the Caf Champions League today have seven.

Chiefs fans appear to have given up, judging by their lack of support at the venue. But it's not surprising because the hosts have faltered too many times this season.

On a cold evening, the action wasn't hot enough to warm up the small crowd. It took Amakhosi all of 15 minutes to have a real chance with Siphiwe Tshabalala delivering a good ball from a free kick, but Leonardo Castro's attempt was wide.

AmaZulu, meanwhile, were happy to sit back and didn't create chances of their own with the next one falling to Chiefs.

This encounter between two league title non-entities never threatened to reach great heights, and in a bitterly cold wind that swept FNB Stadium on ...
Sport
3 years ago

From a free kick, Zimbabwean defender Teenage Hadebe was denied by his countryman Energy Murambadoro. Hadebe thought he had scored with a header, but Murambadoro made a great save and the ball hit the upright and went out for a corner.

Usuthu's Siyethemba Mnguni then tried from distance and came close with Itumeleng Khune at full stretch.

Desperate times call for desperate measures - as they say - and Chiefs' head coach Steve Komphela made some interesting changes early on in the second half.

He introduced Hendrik Ekstein and Ryan Moon for Wiseman Meyiwa and Bernard Parker respectively within six minutes of the restart.

The KwaZulu-Natal outfit continued to defend in numbers, while Chiefs started creating some chances.

But on one of the rare occasions that AmaZulu attacked, they almost punished Chiefs.

Right-back Ramahlwe Mphahlele made a defensive error, which led to the ball reaching Man of the Match Mnguni, who fired at Khune but the Bafana Bafana goalkeeper pulled off a great save.

Chiefs fans were frustrated with Philani Zulu who wasn't taking his chances and Komphela responded by taking him off for Siphelele Ntshangase in the 65th minute.

Chiefs continued to pile on the pressure to no avail. Willard Katsande came close with a header with 13 minutes remaining.

It proved to be the last real opportunity of a match that was nothing to write home about.

Kaizer Chiefs young striker Ryan Moon has cautioned his teammates against looking over their shoulders as the race for the Absa Premiership rolls to ...
Sport
3 years ago
Next Article