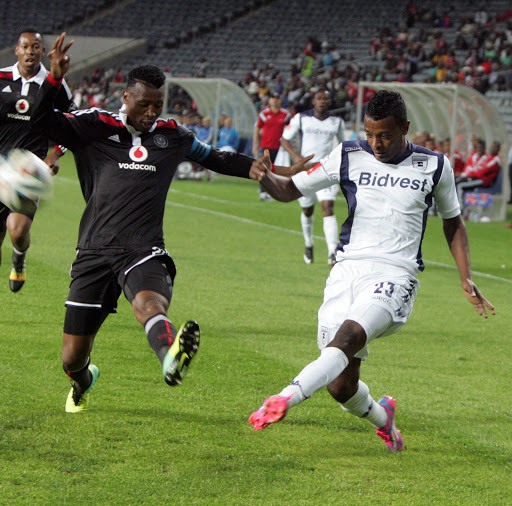 Orlando Pirates coach Vladimir Vermezovic was pleased to be heading into the MTN8 final against Kaizer Chiefs with a winning mentality.

The Buccaneers recorded their fourth successive victory when they beat Wits 1-0 in their Absa Premiership encounter at Orlando Stadium on Saturday.

An 84th minute goal by captain Siyabonga Sangweni gave Pirates the three points to move them to third on the log standings, with 11 points from six matches.

"I'm happy with the approach we had in the game. It is always difficult

to play a game before the big one especially when you play against strong team like Wits who last season were in position to win the league with five games to go," Vermezovic said.

The Serbian born coach admitted that it was a challenge to play the Clever Boys three times in a space of a month, having played them before in the MTN8 semifinal.

The Buccaneers won 3-0 and 3-1 over two legs to set up a derby final against their arch rivals on Saturday.

"It is very difficult to beat the same opponents twice in a short space of time. But can you imagine three times? They have a very good team with excellent players."

Vermezovic said it was a great relief to have overcome the Students, but felt his side was far from their best.

"We were lucky, I have to say this because in the first minute, they had two excellent situations to score but fortunately, our goalkeeper (Senzo Meyiwa) was on high alert.

The match was a tough tactical battle with the opposing coach Gavin Hunt, he said.

"We tried to control the game and they came up with three defenders. They were playing 3-5-2 formation; we knew that they are preparing something different."

The 51-year-old said that the International week had an impact on his side rhythm, but that they would be better against Chiefs in Durban.

"Of course it is very important after the break all teams have played on the lowest level than before. But we will get our rhythm for sure as soon as possible."

Meanwhile, Wits coach Hunt was left disappointed with the result, and felt poor decision-making in and around the penalty box let them down.

The plan was to get Pirates on counter attack and that they did that well, he said.

"We knew their full-backs will give us a problems. But I was happy with that because we will leave two against two, sometimes three against two.

"But every time we broke up, we never took care of the ball. It's quality in the final third. I thought what we were trying to do was right."