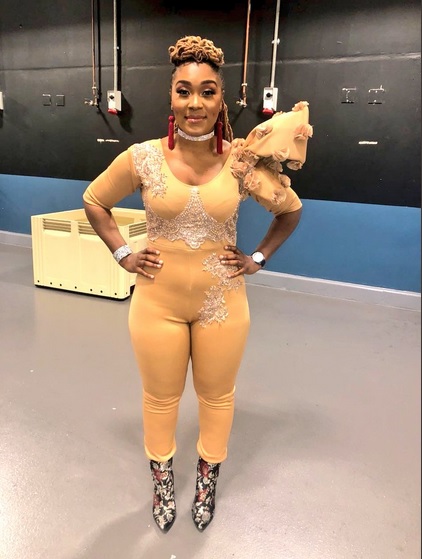 While Lady Zamar gave a rocking performance at the glitzy Miss SA pageant on Sunday night‚ her peach jumpsuit has become the butt of all jokes on social media.

Everyone knows that there is zero chill in Mzansi.

Mzansi decided that Lady Zamar's fashion sense has been cancelled and that her current designer should be fired.

Thousands of followers poked fun at the singer's peach jumpsuit‚ comparing it to all sorts of things including‚ a orange Tellytubby while her boots were compared to the Lucky Star tin fish wrapper.

The peach jumpsuit was designed by PineNaple Designs and had silver details with a puffy bow-like addition.

Lady Zamar posted a screengrab of her name on the trends list and later posted an image of herself and said "happiest girls are the prettiest."

Here's what Mzansi had to say about the peach ensemble:

Lady zamar ungihlulie ✋😂😂😂 mama pleasu give her a signal on how to dress pic.twitter.com/wfF3pC7lrA

They are not doing justice with your outfits..😑
Do they love jumpsuits or is it you Lady Zee..

Then you still don't know why pic.twitter.com/1dmitw0Lsj