Critics say 'Thank U, Next' to Ariana Grande for UK pride headliner 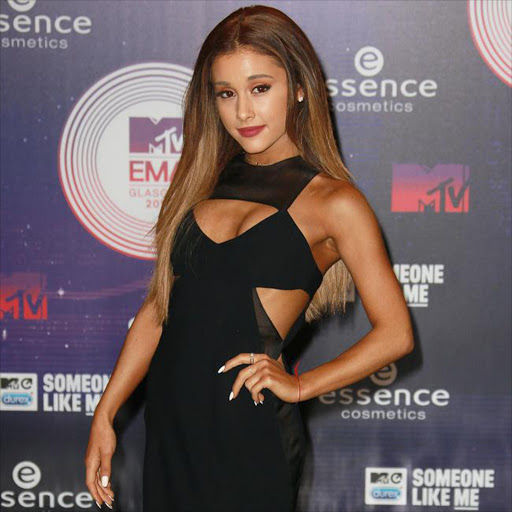 U.S. pop star Ariana Grande has denied she is cashing in on the lesbian, gay, bisexual and transgender (LGBT+) community by headlining a UK pride festival amid a debate over whether straight people should take on such roles.

The chart-topping artist is due to headline Manchester Pride in northern England this August, but the news has attracted negative attention with some arguing the slot should have been given to a LGBT+ performer instead.

"I respect Ariana Grande as an artist but a true LGBTQIA+ ally would recognise their privilege and use that platform to lift up artists from the community," user @linke_lily wrote on Twitter.

In another tweet that has since been shared over 16,000 times, user @raininjulyvinyl wrote: "Ariana headlining pride when she's straight ... and doubling the price of tickets. Kinda smells like exploitation of the LGBT community to me."

Grande, who became the most followed woman on Instagram this week, said she had no control over ticket prices, and was not "claiming to be the hero of the community or the face of the LGBTQ rights movement."

"I want to celebrate and support this community, regardless of my identity or how people label me. And also I wanna visit a city that means so much to me," the "Thank U, Next" singer wrote on Twitter late Wednesday in response to the growing backlash.

Grande was performing in Manchester in May 2017 during the European leg of a tour when a suicide attacker detonated a bomb as Grande's fans left a packed Manchester Arena. Some of the 22 people killed in the attack were teens or young girls.

The 25-year-old said other pride events have had performers of all sexual orientations including Cher and Kylie Minogue.

"I do think there's room for us to talk about these issues without equating a performance for an LGBTQ audience with exploitation of the LGBTQ community," Grande added.

Manchester Pride organisers did not respond to requests for comment.

There have been debates in recent years over LGBT+ representation in entertainment and the performing arts, with critics claiming that straight performers needed to make space for LGBT+ people.

Raymond Motadi, better known as Mon D the Gay Superhero, is slowly making a name for himself in the entertainment industry. He is currently the host ...
SebenzaLIVE
2 years ago

Hollywood actress Scarlett Johansson last July pulled out of a movie in which she was cast to play a transgender character following a backlash from some who believed the part should have gone to a transgender actor.

This year's Oscars have seen both praise for the number LGBT-inclusive films short-listed and criticism over the number of heterosexual actors nominated for playing gay or bisexual characters.

They include the "Bohemian Rhapsody" biopic of bisexual Queen singer Freddie Mercury and "The Favourite", which shows Queen Anne in a love triangle with two female consorts vying for her favour.

Some have argued that filmmakers should actively look for LGBT+ actors for such roles, saying they can bring a deeper understanding of the characters.

In recent years, straight actor Eddie Redmayne played a transgender woman in "The Danish Girl", Jared Leto won an Oscar for playing a trans woman in "Dallas Buyers Club", and Jeffrey Tambor has won awards for playing a father who transitions to a man in the television series "Transparent".