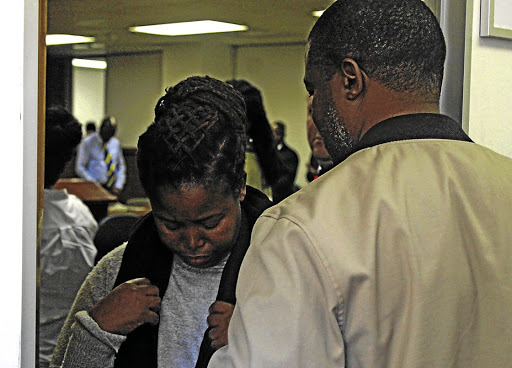 Giant mobile network company MTN has applied for a court order at the South Gauteng High Court to force its former employee Ruth Branden Moshabane to repay over R53m she allegedly looted from its coffers.

According to papers in our possession, Moshabane allegedly made fraudulent transactions amounting to R53, 720,519 at the company from December 13 2010 to April 4 2017 through a series of 90 transactions that went undetected for seven years until a bank tipped MTN off.

She allegedly pilfered the funds until her conduct was uncovered in March 2017 by MTN's banker. She is currently on bail of R200,000 facing 90 fraud charges.

The transactions listed allege how Moshabane first transferred only R60,000 with her initial transaction in 2010, and how amounts started to increase to hundreds of thousands. During 2016 amounts of over R1m would be transferred every month with several millions transferred during certain months in multiple transactions.

This she allegedly did when she surreptitiously transferred funds from the company's three bank accounts into two of her own personal FNB accounts. MTN's fraud risk management received a tip-off from FNB financial crime risk department informing it of several suspicious high value transactions originating from the company's business bank account.

The company conducted its internal investigations and discovered that Moshabane, who was employed as general ledger and cash management accountant in MTN's finance management department, transferred money from its coffers. She was hauled before the disciplinary hearing for fraud and dismissed from the company on July 3, 2017.

The trial of MTN accountant who allegedly defrauded the company R24-million has been postponed August. Branden Ruth Moshabane, 43, a single mother ...
News
4 years ago

The court papers state that in the 75 fraudulent transactions, Moshabane caused the transactions to be posted to what can be described as suspense accounts within the accounting records of the company.

These transfers, and in particular the accompanying descriptions of Moshabane, made the fraudulent transaction appear to be ad hoc inter-bank account transfers within the company and were undetected for years.

The documents also stated that Moshabane falsified a bank request indicating that ad hoc electronic transfer of funds between the company's account was required.

Among the fraudulent transactions, Moshabane was allegedly transferring funds from MTN to an insurance creditors/liability account relating to Guardrisk Insurance and/or Mutual & Federal, which is part of or a department of MF Risk Financing.

"Pursuant to the respondent's arrest on 11 April 2017 on charges of fraud and or theft in respect of these aforementioned 90 (ninety) fraudulent transactions, the respondent is presently out on bail and awaiting trial in respect of these transactions totalling the sum of R53,720,519.18, and has recently initiated the plea and sentence negotiations process provided for in terms of Section 105A of the Criminal Procedure Act of 1977," reads the papers.

The company is asking the court to grant it the order to recover the funds as they fear the funds could be "dissipated or forfeited to the state".

MTN's legal representative Jarrad Knoetze of Webber Wentzel Attorneys said no settlement had been reached as the matter was still in an infancy stage.

Moshabane had not responded at the time of going to print.