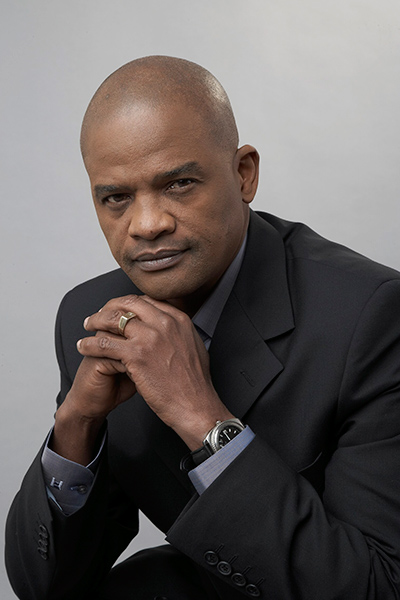 The NPA have instructed the police to conduct further investigation into allegations against Peter Sephuma.

Legendary actor and prolific soapie producer Peter Sephuma has been arrested by the police for allegedly touching the private parts of his girlfriend's friend, and showing her his penis.

Sephuma, who played Miles Vilakazi on e.tv's popular drama Rhythm City, was charged with sexual assault and indecent exposure and detained on Monday at the Douglasdale police station, where he spent a night.

He was taken to the Randburg Magistrate's Court the following day and released after the prosecutor decided not to place the case on the roll and asked the investigating officer to obtain more information about the alleged incidents.

Dlamini could only confirm that the thespian, who is in his early 60s, was arrested and charged with sexual assault.

"Please take note that this case was taken to court on the 23rd May 2018 and was not placed on the roll.

"Police will continue with further investigations on charges of sexual assault and, once finalised, [it] will be discussed with the prosecutor again," he said.

The National Prosecuting Authority's South Gauteng spokeswoman Phindi Mjonondwane confirmed they didn't place the case on the roll and referred it to the police for further investigation.

"The police have charged him with sexual assault but as the NPA we have not made any decision. We have instructed the police to conduct a further investigation and bring the docket back to us for a decision whether or not to prosecute," she said.

For the life of me, I cannot imagine living in a blow job-free country.
Lifestyle
3 years ago

Attempts to solicit comments from Sephuma, who also played Joseph on et.v's Ashes to Ashes, drew a blank despite phone calls and detailed questions sent to him.

The complainant, who cannot be named for legal reasons, also couldn't be reached for comment at the time of going to print.

In a statement compiled by the police, the complainant said she drove to the Market Theatre with Sephuma and his girlfriend, only identified as Harriet, to attend a show on May 16.

She said they had a few drinks and then drove back to Sephuma's house in Fourways, where she had left her car earlier.

She alleged that while en route to Sephuma's house, she passed out in the car.

The woman said when she woke up the following morning at about 7am, she found the soapie actor busy touching her private parts.

She alleged that when she asked him what he was doing, he told her that he had fought with Harriet .

The woman further said she then decided to drive home, but Sephuma followed her and upon arrival, he asked to use her bathroom.

She also alleged that when inside the house, Sephuma took off her tights.

The statement further said Sephuma told her he could not drive to the Lonehill shopping complex to buy condoms because people knew his girlfriend, and they would recognise him.

Sephuma then proceeded to whip out his penis and at that point she said that she told him to leave.

Actor no stranger to courts

Peter Sephuma is a veteran actor of 20 years, whose acting credits include Isidingo, Generations, Greed and Desire, Zero Tolerance and Going Up.

The star has faced two rape charges before but was acquitted on one, while the other was later withdrawn.

He was once married to popular actress and TV presenter Nomsa Nene, but the two parted ways.

Sephuma caused a stir a few years ago when his comments on illegitimate children attracted the ire of feminists. In a frank interview with Drum where he and one of his best friends Max Papo were featured, he talked about his polygamous marriage to Fedile Sephuma and Isidingo's producer, Pumla Hopa.

It was what he said about his illegitimate children though that drew criticism.

"I'm a sucker for kids but the ones I don't love are the ones I didn't agree to make. I don't want to know about those children. I believe a man shouldn't be forced into a family relationship just because he was having a fling and the woman decided to stop preventing the pregnancy.

"I don't mind paying but the children must know their mothers forced me into that situation. The children I wanted grew up with me and they are Fedile's three girls and Pumla's two boys. I wanted them and I chose to have them with these women," he told the magazine.

Two years ago the talented actor was once again in the spotlight. Sunday World reported he was accused of assaulting his sister Queen and his girlfriend at their home in Alexandra. He choked Queen when she tried to mediate a fight the two were having. He appeared at the Alexandra Magistrate's Court and later apologised to his sister.

Long before the #MeToo age and Time's Up movement, leading lady Nokuthula Ledwaba has always been vocal in calling out sexual misconduct, injustices ...
Entertainment
3 years ago
Next Article