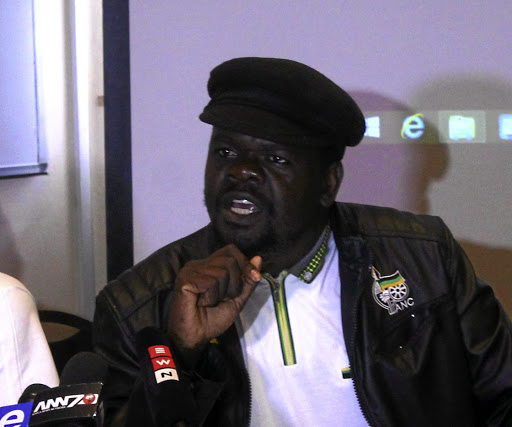 Faith Harvest Bible Church leader and North West CR17 supporter Bishop Max Lazarus Maumela is being accused by a married Mahikeng-based ANCYL member of victimising her after she rejected his proposal to know her in the biblical sense.

Maumela, who hogged media headlines when he organised the #President Zuma Must Go march, declined to comment on the allegations.

"Are you serious? Why do you call me to discuss a WhatsApp conversation? Write the story. I will only respond after the story has been published and that will be interesting."

Lebo Genda, a regional executive committee member of Ngaka Modiri ANCYL and supporter of ANC president Cyril Ramaphosa's presidency campaign last year, told Sunday World that Maumela, who introduced himself as CR17 convenor in North West, held several meetings with her and other CR17 supporters to plot premier Supra Mahumapelo's downfall. She alleged she was shocked when Maumela, who is based in Joburg, sent her a WhatsApp message on April 21.

"I saw a dream last night that you and I were a couple. Do you think we should see if it can work out in reality? I truly love you with all my heart," reads the message, which Sunday World has seen.

Genda said she ignored the message as she thought Maumela was pulling her leg. 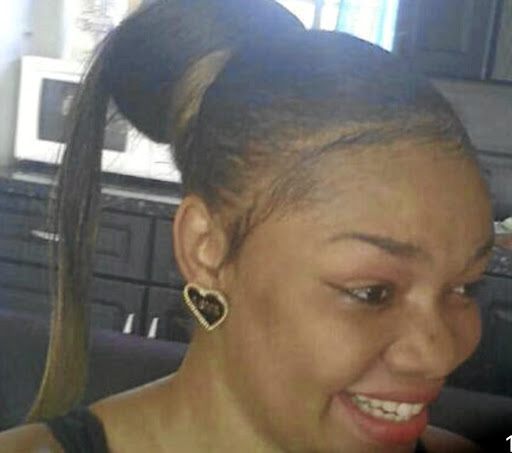 Lebo Genda didn't mince her words when she put Bishop Maumela in his place.

A few days later, she met Maumela at the Protea Hotel in Mahikeng where they discussed who should replace Mahumapelo if Ramaphosa fired him. She said after the pow-wow Maumela asked her to remain behind with him.

"He asked me to sleep with him but I refused and told him that I'm a married woman and didn't join the ANC for sex. I then left," she said.

Maumela sent another WhatsApp message and told her that he was "pissed off" with her and she responded by telling him to stop calling her.

She alleged that Maumela later removed her from the CR17 WhatsApp group.

"So you removed me on the CSA [sic] group just because I refused to have an affair with you, mxm that's very low of you. I don't care but I will remain a CR supporter. You have disappointed me. I won't sleep with you com," reads the message. 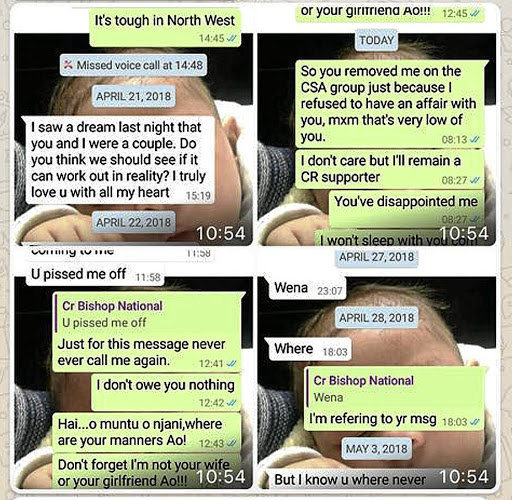 Genda said she would report the matter to the other members in their next meeting.

"This matter left me so traumatised.

"I still don't know how I must tell my husband about this because he might stop me from being a member of the ANC.

"This man, if he is indeed a man of God, how does he make a move on a married woman? It's not like he has not seen my wedding band because I always attended all our meetings wearing it on my finger."

ANC spokesman Pule Mabe said: "Although the organisation does not want to involve itself in the private affairs of the comrades, the rights of women should be preserved and protected.

"No one, regardless of their position, should force themselves on women and we encourage female members of the organisation to report the conduct of such people to the relevant structures so that proper action can be taken against them."