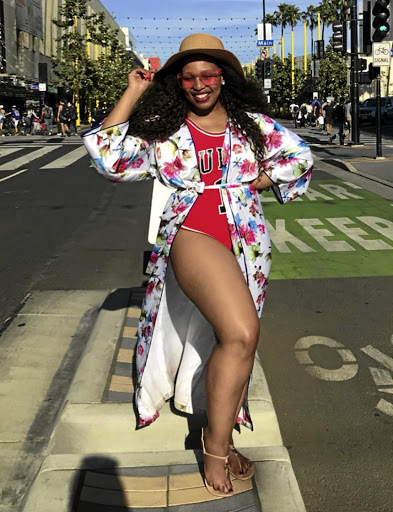 Former Muvhango actress Phindile Gwala is crying foul after her Instagram was hacked by an unknown man while she was in California, US, last month.

The account, which boasted over 750000 followers and contained hundreds of the star's sexy pictures, was suddenly in control of the hacker who changed the handle name from phindile_gwala to bandanah.

A week later, the account was no longer active on the internet. Gwala, who was one of the biggest viewer magnets on Muvhango during her five-year stint, used the account to market her business ventures and flaunt her curvy body.

Speaking to Sunday World, the actress said she had reported the hack, but Instagram was taking time to resolve the issue.

"You cannot help me about that. I was in Hollywood when it happened. Let's forget about my IG page," she said.

Last week, Gwala used her other social media accounts to ask her fans to help her report the stolen page. "Please guys let's all work together and report this sick person who hacked my IG account. Please go to 'report' and choose 'it's inappropriate' - 'violates IG' and follow the guidelines. Your help will be highly appreciated," she said on her Twitter account.

A few days after the hacker took over the account, he started deleting Gwala's recent pictures, leaving those that date back to 2014.

Facebook, which owns Instagram, did not respond to questions and instead gave users tons of tips about how to keep their accounts secure.

" Never give your password to someone you don't know and trust," they said among others in a long statement.

Fans of actress Phindile Gwala will see a different side of her in a romantic comedy.
Lifestyle
4 years ago
Next Article