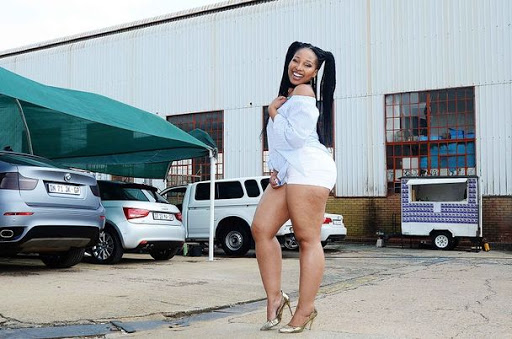 Fans of actress Phindile Gwala will see a different side of her in a romantic comedy, Looking For Love,in cinemas early next year.

The Muvhango actress will be playing the role of Lindi, a serial blessee living a lavish lifestyle.

She said the character depicts a lifestyle that many young girls are living.

Describing the character, she said Lindi is always thinking about men. She even goes to fish for potential blessers in churches.

"She analyses men and, with a single glance, she is able to determine if a man is moneyed or broke, married or divorced."

Gwala said a lot of people will relate to the character as they might know a friend or family member who lives the kind of lifestyle she depicts.

She said preparing for the character was easy because she knows people living that lifestyle and had observed them as part of her research.

Lindi has some similarities with Muvhango's Nonny because they are both loud and they love fashion.

"Nonny likes men from a distance, Lindi goes hunting for them. Nonny had nothing, Lindi has everything: a car and a house, even though she sometimes forgets which blesser pays for which items she owns."

The cast of the movie includes the likes of Lillian Dube and comedians Celeste Ntuli as well as Trevor Gumbi.

The movie, which is directed by Isibaya director Adze Ugah, is about two girls who are friends but have a different perspective of life and are from different backgrounds.

Beside her acting career and car-wash business, Gwala "recently launched a shoe storage box which ladies can use to store their [many] shoes safely", she said.

"I knew that I was not the only one with the problem because most ladies love shoes."