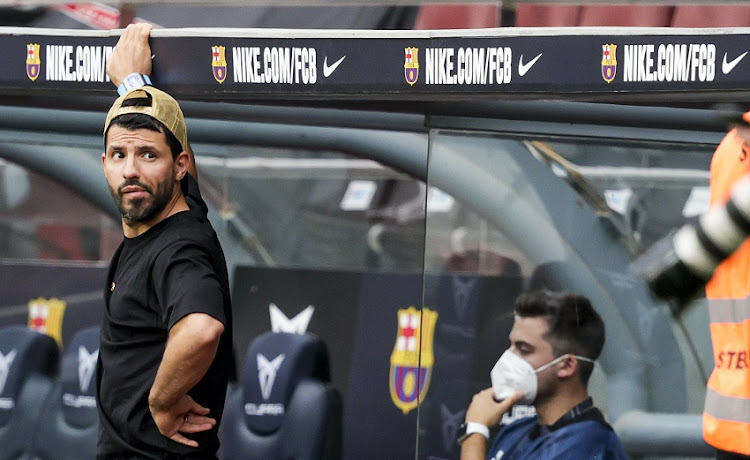 The Argentine joined Barca from English champions Manchester City on a free transfer in July when his contract expired, but has yet to feature competitively due to a calf injury.

Aguero did play - and score - in a behind closed doors friendly during the international break, and Koeman said he is in contention for Sunday.

"He isn't in match or physical rhythm, but that will come with gametime. He's in contention to be in the squad, he can bring a lot to the side.

"The important thing is that he improves fitness-wise, and he'll do that playing games."

The visit of Koeman's former club Valencia marks the start of a big week for both coach and team, with Dynamo Kiev visiting the Camp Nou on Wednesday before arch-rivals Real Madrid come to town next Sunday.

Ansu Fati is also in contention to make his first start since injuring his knee last November, and Koeman said a final decision will be made on Sunday.

"He's improving everyday, but he's been out a long time and you can't just return in two weeks," Koeman said.

"We need to think with Ansu that there's three games this week and he can't play all three. We need to decide what's best for the team."

Barca will be without defender Ronald Araujo, midfielder Pedri and forward Martin Braithwaite for Sunday's encounter, which will be the first time the club have been able to play in front of a full home crowd since before the onset of the COVID-19 pandemic in March 2020.