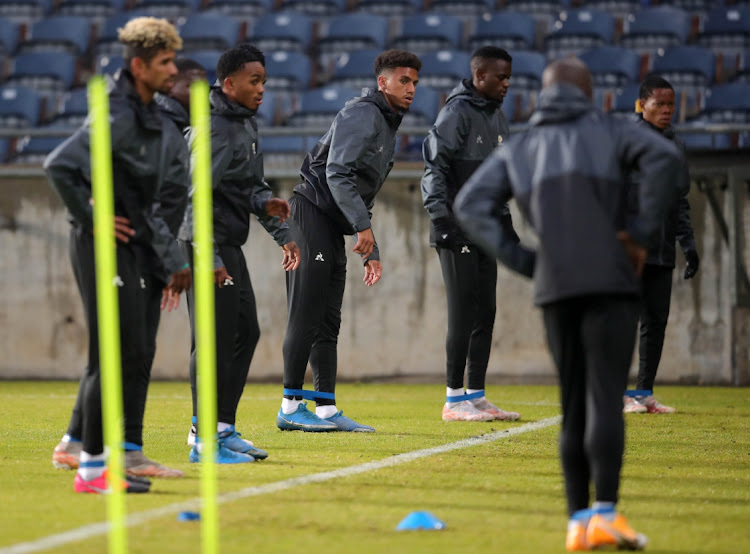 The Covid-19 pandemic has wreaked havoc in the Bafana Bafana camp going into their friendly game against Uganda at the Orlando Stadium today (6pm), with team doctor Tshepo Molobi confirming that new assistant coach Cedomir Janevsk tested positive for the virus.

Bafana did the first round of testing on Sunday and it was discovered that talisman Percy Tau and Tebogo Mokoena tested positive.

Molobi said they would make the third round of tests after the game against the Cranes.

“The coach has not raised any complaints in terms of symptoms. He got his first dose of the vaccine last week and that could be the reason why he is feeling well. He is being placed in a 10-day quarantine,” said Molobi.

Janevsk was in contact with the players, but strict Covid-19 measures were activated in the camp. “We are confident that the measure are in place and that there is no need to panic,” he said.

Second assistant Helman Mkhalele has been thrown into the deep end and will be in charge tonight. However, the 51-year-old 1996 African Cup of Nations winning legend said he was ready for the challenge.

“I am disappointed that I will be alone on the bench. However, I am ready for the challenge. I have been in contact with coach Hugo Broos. It is a setback, but I won’t change the philosophy of the new coach,” said Mkhalele.

“I am ready to serve my country. I told the players what it means to play and win this game. We will do it for the nation.”

Goalkeeper Ronwen Williams will captain the team and Innocent Maela is the vice-captain. “It’s a new dawn with a lot of new faces and we are ready for the new challenge. It is not going to be easy as it is a new team, but the team looks ready,” said Williams.

Cedomir Janevski‚ Bafana Bafana’s new assistant coach to head coach Hugo Broos‚ has admitted that the first camp of the new era is off to something ...
Sport
1 week ago

New Bafana Bafana assistant coach Helman Mkhalele has identified many of the pitfalls that have led to the decline of the national team over the ...
Sport
1 week ago