Bucs captain vows to come back stronger next season 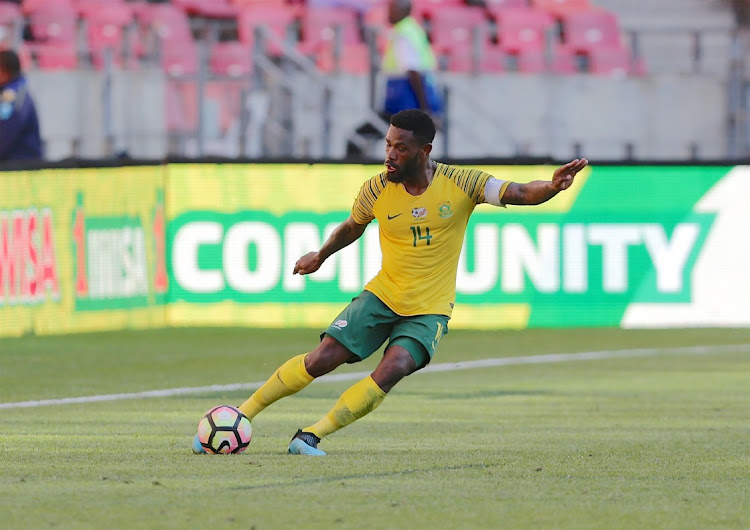 Hlatshwayo had a terrible 2020/21 season, his first at Pirates, having joined in September , when Bidvest Wits ceased to exist. The 31-year-old centre-back’s mediocre performances resulted in him being left out of Bafana's squad that will face Uganda in an international friendly at Orlando Stadium on Thursday (6pm).

His most glaring error was an own goal in Pirates' 1-all league draw with Swallows in April.

Tyson has owned up to his blunders and accepted his Bafana exclusion is justified, vowing to come back stronger next season.

“Obviously, it was my first season at Pirates and I know I performed badly. As it’s the off season now, it’s for me to go and make sure I come back stronger,” Hlatshwayo told Sowetan on the sidelines of an event where Vodacom partnered with Pirates and Kaizer Chiefs to donate food parcels at the Soweto cricket oval in Moroka yesterday.

“I need to come back stronger, that’s the only option for me. The national team is our team; everyone can be a national team player. It’s not Tyson’s team and for you to be called up, you need to do well at club level first and I haven’t been doing. Probably this [Bafana exclusion] is a wake-up call for me to work harder to be called up again.’’

At the charity event dubbed “ScoreForFood”, Pirates and Chiefs players packed food parcels that will be donated to the Kaizer Motaung Junior and Zodwa Khoza foundations.

“I am very proud to be part of an initiative that gives back to the community, especially that we do this here [in Soweto] closer to home, where I was born and bred,” noted Tyson, who is from Senaoane.

“As a boy who grew up here, I know what it’s like to have nothing, so it’s important to help the needy. This is a wonderful job from both clubs and Vodacom.”

Bafana Bafana were dealt a huge blow before their international friendly match against Uganda in Soweto on Thursday after the talismanic Percy Tau ...
Sport
7 months ago

Pitso Mosimane: Safa ‘made me a six-year offer worth a very high sum’

Bafana Bafana coach Hugo Broos has announced a mostly local-based 19-man squad with a youthful and adventurous flavour to it‚ apparently also ...
Sport
8 months ago
Next Article