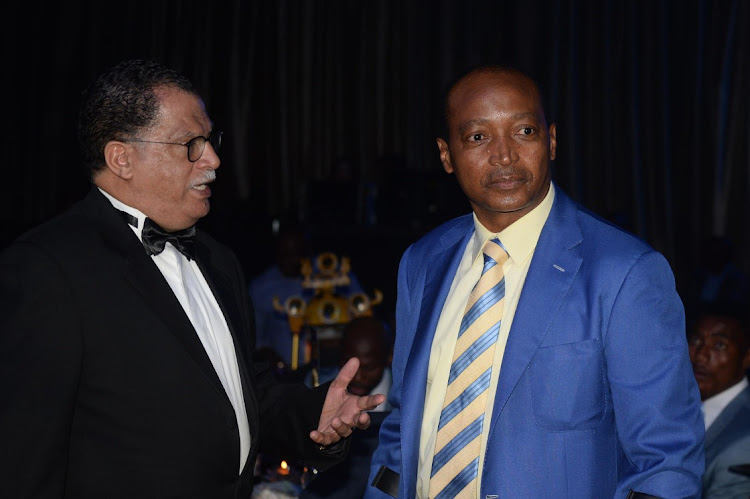 After spending a week in Cameroon, CAF presidential candidate Patrice Motsepe yesterday left for Qatar to intensify his campaign at the ongoing Fifa Club World Cup.

Motsepe will battle it out with Ahmed Yahya (Mauritania),  Augustine Senghor (Senegal) and Jacques Anouma (Ivory Coast) for the CAF top post on March 12 in Rabat, Morocco.

He embarked on his  campaign by visiting almost all 54-member associations. He spent last week in Cameroon, where other candidates were also campaigning for votes. Almost all CAF FA presidents were there during the African Nations Championship (Chan) tournament. He has since flown to Doha for the Fifa Club World Cup, where most of the 54 African delegates will be.

Safa head of communications Dominic Chimhavi said they are excited by the progress of the campaign and that Motsepe was well received by the FA presidents in Cameroon. “It is just a question of polishing the campaign, which has been going well. I'm pleased to say Dr Motsepe was well received in the continent. I mean, he was in Cameroon this past week,” Chimhavi told Sowetan yesterday.

“Most of the guys are of the view that this is the guy who can give CAF a fresh start. CAF is reeling from financial losses... The belief with the FA presidents is that there is only one man who can resurrect CAF, and that person is the Sundowns owner.”

Motsepe has been campaigning for weeks now, and Cosafa has since decided to throw its  weight behind him. The Cosafa region has the biggest voting block with 14 member associations, and Chimhavi feels that this will be a backbone during the votes.

“He is going to be in Doha until the final [of the tournament]. They flew together with some FA presidents, mostly from the Cosafa region that is the backbone of our campaign,” he said.

“Cosafa have vowed that they are going to be behind their candidate. Don’t forget that Cosafa played a role in Ahmad Ahmad winning [the CAF presidency]. They voted as a block, and they vowed to do the same thing... to vote for Motsepe as a block.”

The Council of Southern Africa Football Associations (Cosafa) will vote for South Africa's Patrice Motsepe at the election for the new Confederation ...
Sport
1 year ago
Next Article