Chippa ready for another taxing match away 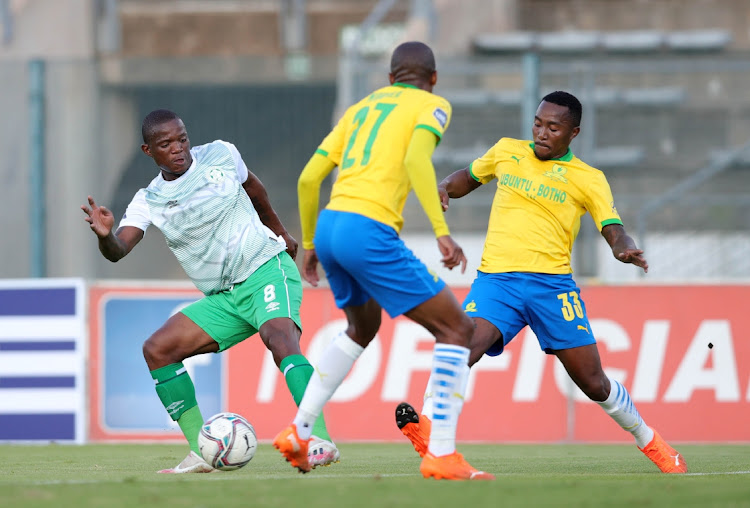 Lantshene Phalane’s impressive performance in Bloemfontein Celtic’s goalless draw against Mamelodi Sundowns has not convinced the management to take him off the transfer list.

The 31-year-old was put on transfer by Celtic towards the end of last year despite being one of the key players and remained a consistent figure.

Against Sundowns in the DStv Premiership match, Phalane put that behind him and produced an impressive performance, which earned him the man-of-the-match award.

Phunya Sele Sele chief executive Khumbulani Konco was reluctant to explain why the midfielder was still put on the list when asked if there was any update on Phalane.

“We are still waiting for offers. He is still on a transfer list,” Konco told Sowetan yesterday.

“Once we receive offers, we will make an announcement.”

Since Phalane was put on the transfer list, he has featured in four of the five matches Celtic played and will hope to continue to try and prove them wrong when Phunya Sele Sele host Chippa United at Dr Molemela Stadium tonight (5pm).

The match tonight will be Chippa’s seventh on the road in succession. They have collected eight points in their past six games.

Chippa's attacking midfielder Maloisane Mokhele, who has played 12 games and scored two goals while creating five assists, said they have now got used to playing away.

“It is difficult for some of us because we are playing away. It is not our home games. We don’t have a home game that we’ve played [this year] the past games,” Mokhele told the club media department.

“The coach [Dan Malesela] told us that it is in our minds and that there is nothing to worry about.

“We have to play because we are not the only ones who are playing week in and week out.

The 24-year-old is also pleased with the contribution he has made for the Chilli Boys this season, and he believes he can still improve.

“Things are getting better day by day because I’m still learning. When I play some of the games almost every match, I miss the chances,” Mokhele said.

“I should have scored three one-on-ones, but I missed them. But I’m still learning for sure next time, I will score them, but I’m happy with my performance this season.”

To some, seeing star-studded and reigning league champions Mamelodi Sundowns drawing three matches on the trot elicits a thought it’s the side’s ...
Sport
1 year ago

The new owner of Tshakhuma Tsha Madzivhandila FC (TTM) purchased the crisis-riddled club for around R40m and he says he will unveil the ambitious ...
Sport
1 year ago
Next Article