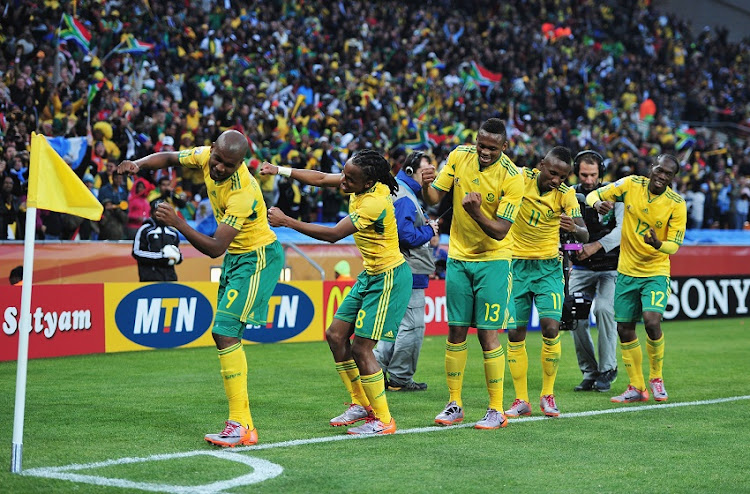 Making the country happy scoring “that” 2010 World Cup opening goal will be his legacy‚ Siphiwe Tshabalala has said as the 10-year anniversary of Bafana Bafana’s 1-1 draw against Mexico at Soccer City approaches.

Thursday marks a decade since the June 11 kickoff of the first World Cup on African soil where then-Kaizer Chiefs star Tshabalala set the opener alight‚ and raised Soccer City in a now hard to encapsulate roar – and the country to its feet – scoring the most beautiful of opening goals for the tournament.

“Shabba’s” summation of that glorious moment was eloquent‚ and perhaps even on a par in beauty with the goal he scored.

“The feeling is still the same. It was an iconic moment‚ not only for me but for South Africans‚ for the continent and for the world‚” Tshabalala told an online press conference the SA Football Journalists Association (Safja).

“I’m just grateful that on the day I was chosen to shine. And I’m also grateful that I made a positive impact and I brought happiness to people‚ and I united people by scoring that goal.

“That’ll be my legacy more than anything. The lives that I have touched‚ the difference that I’ve made. And making people happy.

“Remembering the goal as well‚ because I know some people were in the shebeens‚ taverns‚ fan parks‚ I watched the videos over and over again where people were celebrating‚ jumping‚ hugging‚ and it really makes me emotional.

“But proud as well that I did somehow make an impact on people’s lives. And I’ll be forever grateful.”

On Friday‚ June 11‚ 2010‚ with South Africa at a standstill from the 4pm kickoff and the world glued to their television screens for the opening game of Africa’s first World Cup‚ Bafana had been nervous and disjointed in the opening half.

Carlos Alberto Parreira’s men snapped into a solid shape in the second half‚ and took the game to an overconfident Mexico‚ pressing too high at the halfway line.

South Africa’s excellent absorbing of pressure saw them win the ball from a Mexico pressing up‚ and it was worked via Reneilwe Letsholonyane and Katlego Mphela to Kagisho Dikgacoi in the centre circle‚ who looked up to see the run of Tshabalala free down the left.

The Fulham man’s pass was almost as beautiful as the screaming 55th-minute finish Tshabalala would produce past goalkeeper Oscar Perez in one of the great moments of World Cup opening-match history‚ as Letsholonyane‚ Dikgacoi‚ Mphela‚ Teko Modise and Tshabalala lined up for an as-perfect celebration at the touchline.

Barcelona midfielder Rafael Marquez’s 79th minute equaliser‚ and Katlego Mphela hitting the post in injury time‚ conspired to dash the host’s aspirations of a victory that would have certainly put them through Group A.